People’s spending in pubs and bars more than tripled on the day Covid-19 restrictions on socialising were removed in Ireland. 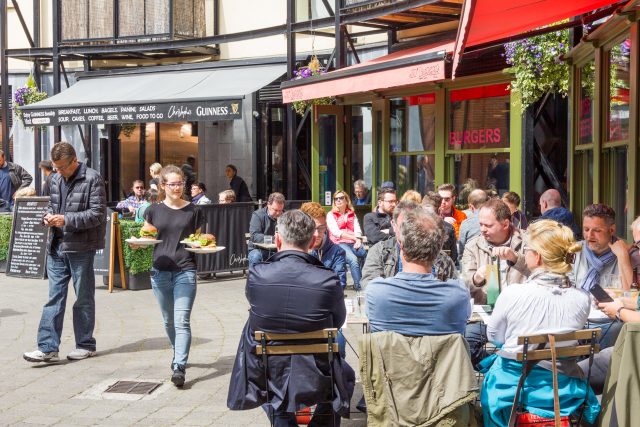 The amount of money spent in bars across Ireland was 212% higher on 22 January than it had been the day before, when the 8pm curfew was still in place, according to figures from the latest Revolut Spending Report.

Additionally, the data showed that 1.7 million customers made their way to Ireland’s pubs and bars on 22 January – more than double the number of the day before – showing a leap of 149%.

Irish consumers reportedly spent more money than they had at any other time that month, parting with an average €39.98 on the day.

Overall, spending in bars on 22 January was the highest level of spending in bars by its customers since 25 October – and the second highest spend in the whole of the previous six months, the report revealed.

Restaurant spending leapt up by 45% on 22 January compared to the previous day, despite the fact that the number of people spending in restaurants was only 7% higher, the findings unveiled.

Sebastian Hamilton, head of public affairs at Revolut Ireland explained to the Irish Times that the figures were an indication of people’s happiness and optimism that the easing of Ireland’s restrictions and highlighted: “So many of our pubs and bars – which to many are at the centre of communities and our way of life – had endured a horrific two years due to Covid-19, so it’s great to see that in one fell swoop we were able to celebrate the end of the pandemic while also supporting an industry that has suffered more than most.”