Ornellaia has launched its 2019 vintage and we’ve tasted it

Ornellaia launched its 2019 vintage yesterday – along with its limited edition artist label – and db was one of the first members of the international press to taste it. 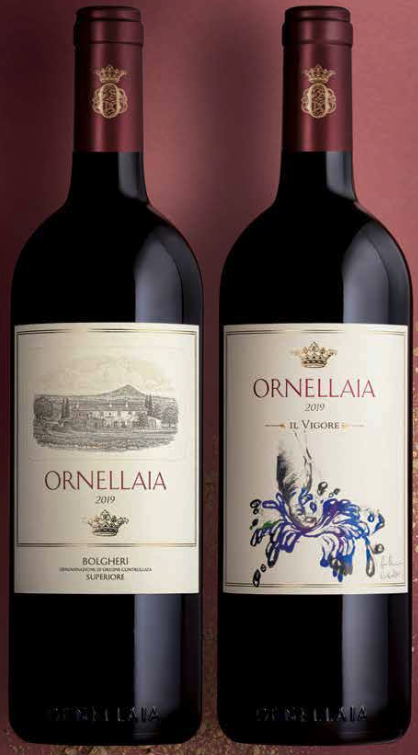 Given the term ‘il vigore’ to describe the wine by Ornellaia’s estate director Axel Heinz, the 2019 vintage of the Tuscan red was described by him yesterday during a virtual launch event as one with “a lot of energy, vitality and juiciness.”

Speaking from the wine’s base in Bolgheri, Heinz added that ‘vigore’ was a latin word for strength and power, and, continuing to talk about the 2019 expression, said, “It is framed and clear cut, and, at the same time, it is a wine with a lot of power and elegance – it is contained power, rather than being all over the place.”

Talking about the 2019 vintage conditions, he said there was a “clear division between the phases,” with a “cold and rainy” spring, which ensured a “sluggish” start to the growing season, and then a shift at the end of May from “late winter to summer without much of a spring”.

Indeed, he said that the early summer weather was “dry and hot, with the temperatures we would normally reach in August occurring in mid to late June.”

Thankfully, the wet start to the growing season ensured there was enough ground water for the vines not to suffer from water stress during the summer, helped by “a bit of rain just before harvest”, followed by “very good conditions during the harvest as the temperatures came down.”

While picking started one week later than usual at the Ornellaia estate, Heinz said it finished one week earlier – “so it was a short, intense and quick harvest”.

Describing the fruit as “healthy” and the vines as “vigorous”, he compared the 2019 to other vintages with “a sunny nature and a finesse that reminds us of a cooler climate” such as 2015 and 2007 – “a vintage that I love… when Ornellaia had the chance to express its nature in a sensual way with a full body and substance.”

President of the property, Marchese Ferdinando Frescobaldi, recorded that the 2019 represented the 37th release since the first commercial vintage of Ornellaia, which was the 1985, although the estate did make an 1984 in tiny quantities, that was never put on sale.

Ornellaia is a blend of Cabernet Sauvignon, Merlot, Cabernet Franc and Petit Verdot selected from a Bolgheri DOC estate near the Tuscan coast comprising almost 120 hectares, which are separated into more than 70 parcels, with the vines used for making the wine having an average age of 20-25 years.

My thoughts on the 2019 expression – which will be launched by the négociants of La Place de Bordeaux on April 1 – can be seen below.

This is a wine with open, inviting aromas of ripe but not raisined red and black fruit, clotted cream, dried herbs, cedar and a subtle note of vanilla.

The palate is impressive, intense and fleshy, with layers of fruit, from blackcurrant to cherry and raspberry – and little in the way of cassis-like Cabernet characters. As these initial, dominant flavours fade, there’s a hint of prune and kirsch, followed by a touch of sweet balsamic, chocolate, then cedar, before the wine finishes with a salty character and a hint of sage along with some alcohol warmth. While the wine starts out as soft and smooth, it shifts to a firmer state as it’s swallowed, as the strong, if fine tannins emerge, giving a dry, chalky and refreshing edge to the red.

Although it’s powerful, this expression is not heavy or fat, with no evidence of sweetness, be it barrel-sourced or due to late-picked dried fruit. 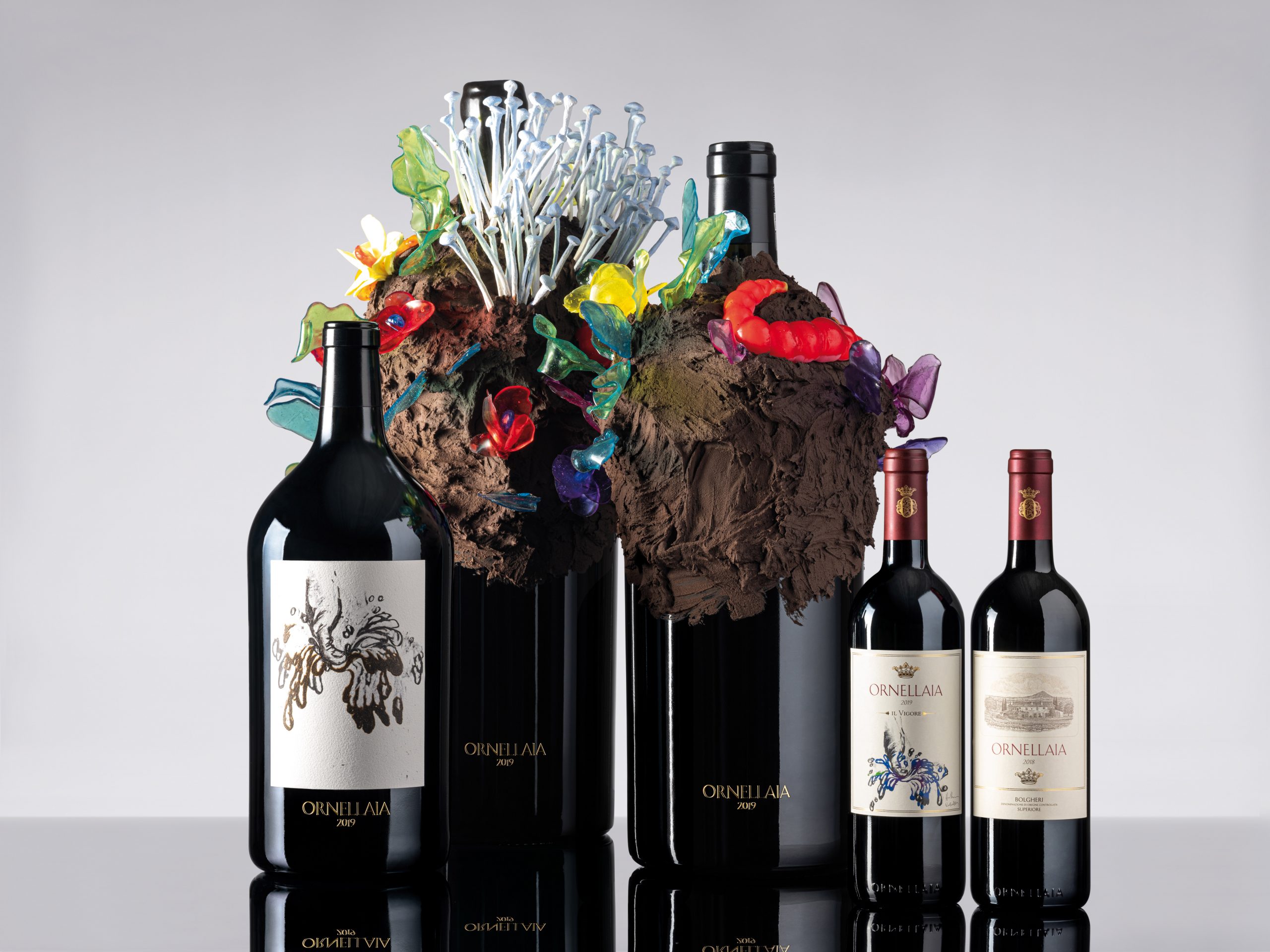 At the same time as presenting the 2019 expression of Ornellaia, the property also unveiled the latest edition of its Vendemmia d’Artista, which sees a prominent artist create a special label for the wine and a sculpture around the bottle.

For the 2019 edition, dubbed Il Vigore, artists Nathalie Djurberg and Hans Berg were chosen, and their designs can be seen above.

Just 111 special editions have been created, comprising 100 double magnums, 10 imperials and 1 salmanazar, which will be auctioned for the Mind’s Eye charity in October this year.

Since the introduction of Vendemmia d’Artista in 2009 with the 2006 vintage, Ornellaia has donated more than US$2 million to charity.

Ornellaia and Masseto to open an office in Bordeaux