As Champagne sales recover with surprising rapidity after their Covid-induced crash in early 2020, the region’s regulatory body sets yields high for this year’s harvest. 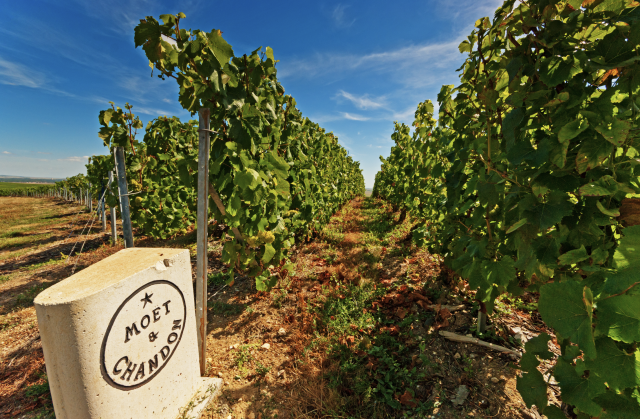 Announced officially on Friday, the Comité Champagne has set the maximum yield at 13,100 kg per hectare, one of the highest levels seen in the region this century, and enough to produce more than 380 million bottles (for a fully productive area of 35,000ha)

However, included in this figure is around one quarter of this year’s crop that must go into a store of wine used for adding to Champagne made in future vintages, replenishing a key part of the appellation’s approach to ensure a regular supply, and quality.

This is known as the ‘reserve’, and comprises older wines to not only boost the amount of Champagne made when harvests are small, but also used to balance wines by adding more freshness or ripeness, depending on the character of the wines in storage. Such reserves will also add depth to the Champagne blend, depending on their age, and the manner in which they have been stored.

This use of a reserve is only relevant to non-vintage Champagne – which is a blend of wines from different harvests – but as this style of fizz accounts for around 80% of production, the role of reserve wines is key to the region’s output and style.

But there’s a further element to this year’s harvest, and that exists to support those growers who have suffered a diminished crop due to natural influences.

So should the winegrowers harvest less than the available yield, they can benefit from an exit from the reserve, up to the quantities missing, to reach 10,000 kg per hectare.

As db reported on in April and May, two nights of frost in early April caused widespread damage to the vine buds in Champagne, with estimated crop losses ranging from 20% to 80%, depending on the location.

Such troubles have then been exacerbated by further damage to the 2021 bunches caused by mildew following hot and wet conditions in the region in July.

Meanwhile, sales of Champagne in key export markets such as the UK and US, as well as northern Europe and Australasia, have been strong, with a bounce back in demand bettering anything expected by the producers in the region, who looked on nervously as the early days of the pandemic saw a rate of Champagne sales decline not seen since the Second World War.

And it was in response to this downturn between April and June 2020, when shipments were projected to fall by 100m bottles for the year-end – representing one third of the region’s output – that the Comité Champagne set the yields for the 2020 harvest at 8,000kg/ha, a drop of more than 20% compared to the average limit in recent years (see below).

While the small amount of wine made in 2020 will not have an effect on supplies of fizz until late 2022 at the earliest, a shortage of Champagne to fuel promotional offers in key markets is being predicted for the end of this year for a number of reasons.

One of these is because producers chose to bottle less fizz than is currently needed – few in the region expected shipments to rise as rapidly as they have done during the spring and over the summer.

According to the latest figures from the Comité Champagne, total June shipments (including France) are almost 70% higher for this year than they were for the same month in 2020 (see below).

The start date for this year’s harvest is due to be announced on 8 September.

Champagne yields set by the Comité Champagne since 2010:

Champagne shipments by volume since 2010