Producers reveal the scale of frost damage in Champagne

From Moët to Drappier, we speak to a set of prominent producers across Champagne to find out the extent of frost damage to this year’s crop in the region. 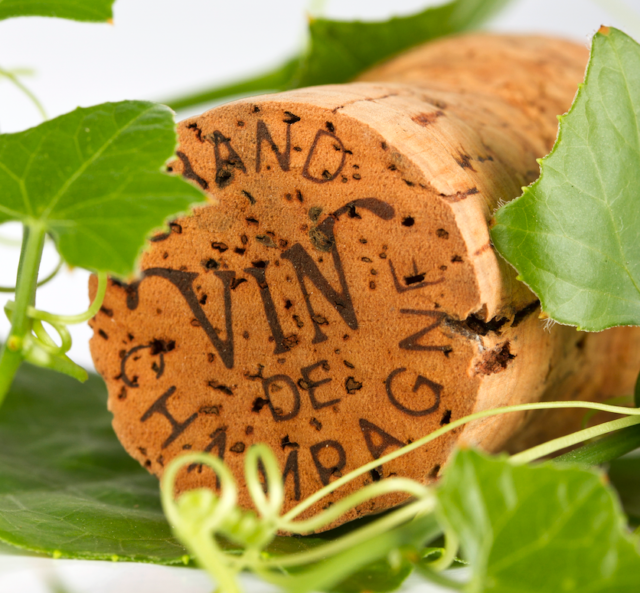 As reported by the drinks business last month, two nights of frost in early April caused widespread damage to the vine buds in Champagne, with estimated crop losses ranging from 20% to 80%, depending on the location.

With temperatures plunging to as low as -8 degrees Celsius in some parts of Champagne in the early hours of 7 April, any green shoots were damaged by the freezing conditions, along with dormant buds – although the exact nature of the impact on these is not completely clear.

The frosts were problematic as the sub-zero conditions affect any green growth, beneath which are the embryonic flower clusters – the source of the year’s crop.

Essentially, the low temperatures lead to freezing and expansion of the intracellular fluid in the vine’s buds and shoots, resulting in cell breakage.

Because Champagne is located in a cool, semi-continental northerly part of France, bud break starts later than warmer more southerly wine regions, meaning that the damage was less severe to vines in Champagne than, for example, Burgundy or the Languedoc, where crops losses are expected to be 50% and 40% respectively.

Nevertheless, Champagne still suffered, and particularly in the warmer, more southerly Aube sub-region of the appellation, where the vines were more advanced.

While elsewhere, the impact of the freezing temperatures was most severe among the Chardonnay vines, as the bud-break is earlier than the red grapes of the region, Pinot Noir and Meunier – with the latter the last of Champagne’s varieties to emerge from dormancy.

We have collected the views from four Champagne producers on the effect of the frosts, starting with the largest in the region: Moët & Chandon.

“The Champagne region underwent a fairly severe episode of frost in the spring, affecting the early-budding plots and in particular the Chardonnay vines which were further along than the Pinot Noirs. Below freezing temperatures between -2 and -5° Celsius, combined with high humidity, may have intensified the impact of the frost.

“As far as Moët & Chandon is concerned, we believe that 20 to 25% of fruiting buds were destroyed in the Chardonnays, versus 15% in the Pinot Noirs and 10% in the Meuniers. The active growth that will begin with the warming weather will enable us to quantify the true extent of the damage, and given the varying potency of the later-breaking buds, we will be able to estimate the residual potential of the 2021 harvest.

“We are optimistic that what remains of the growth season will be promising, and we will make every effort to make the most of a challenging season that could still be synonymous with high quality.”

“In the early-budding areas, such as Clos des Goisses and the surrounding south-facing parcels, 50% of the Chardonnay buds have been lost.

The damage to Pinot Noir is less obvious as yet, probably around 25%, but we’ll have to wait until after the weekend to assess actual losses, after the buds have all opened, or not.

“In the later budding areas, the damaged should be limited, but with temperature as low as minus 6 or 7 Celsius, it could well be that a proportion of the dormant buds won’t wake up. A tentative guess would be 10 to 15%, but again, will soon know when vegetation resumes.

“Last but not least, Champagne has been clever and fortunate enough to install the ‘reserve qualitative individuelle’ in the early 90’s. The reserve will be of great help this year for non-vintage blends. Most growers are sitting on a full reserve capacity of around 8’000 kilos, a bit less than a year’s harvest. However, it won’t make up for the lost potential of vintage and prestige cuvées, which will have suffered to about the same extent as in 2012 in terms of yield, but hopefully not quality.”

Hugo Drappier, vineyard manager, Champagne Drappier (based in the Aube)

“Without considering the frost we had this year, the spring weather gave a delay of bud breaking of two weeks compared to vintage 2020, which was a very early year.

“2021 was following the average time for the bud breaking compared to the ten previous years. It was then delayed by the frost.

“So, it is too early to estimate precisely the damage our vineyard has endured. However, there are a few things that we can say:

“During the first week of frost, we had a gelée noirz that looked more like a winter frost (winds coming from Scandinavia) more than a spring frost. And during the second week, we had gelée blanche (white frost), that was less aggressive.

“I can finish by saying that luckily we have probably the highest quality ‘réserve’ than ever. Sales in 2020 have been challenging for Champagne, and though we were surprised by the good figures of 2020 for Drappier. Frost will ‘auto-regulate’ the quantity needed on the market, so let’s see it as an opportunity to focus even more on quality than ever for the appellation.”

“For sure the frosts have caused damage [to the vines in Champagne], but it’s too early to say exactly how much, as most of the vines were still dormant, and we don’t know how deeply the frost affected the vine… it is very complicated to assess the impact on the dormant buds. We need another week or two when the buds get out of dormancy to see if they are ok or not.”

“For Roederer’s own vineyards, which extend over 240 hectares, Lécaillon said that visual inspections had suggested that the Champagne house had lost 15% of this year’s potential crop, but, he added, that could rise to 25-30% if the dormant buds have also been affected.

Interestingly, he said that the best vineyards of Champagne, the grands crus of the Montagne de Reims and the Côte des Blancs were “lightly touched” by the frost.

The worst-affected area of Champagne was the most southerly part of the appellation, the Aube, where the vine cycle is more advanced due to the warmer climate.

“The frost was massive in the Aube, so it was really serious there, with a 50% loss,” he said.

Looking in more detail as some of the top crus of Champagne, Lécaillon said that Cumières had been badly affected by the freezing temperatures, and Vertu in the Côte des Blancs may have suffered a 40% drop in projected yields due to the frost.

He also said that it had been especially cold in Aÿ, where it’s believed that the losses could run to around 20%, depending on the vineyard’s location on the slopes of this Pinot-dominated part of Champagne.

Summing up, he said on a positive note, “It is an early frost for Champagne, the buds were only just breaking; we call it a classic early frost, so the second buds will start whatever happens, so it won’t’ be too bad for Champagne.”

“When I see the impact [of the frost] in the Rhône Valley, or the Languedoc, then I think Champagne has been lucky,” he said.

Finally, comparing the situation to previous frost-affected harvests, he said that the impact in Champagne this year was less than it had been in 2003 or 2017.

Champagne “lucky” with frost compared to other French wine regions