Guy Palmer-Brown, head of wine at The NoMad Restaurant in London, speaks to Douglas Blyde about creating an accessible list, English wine on tap, and classical music. 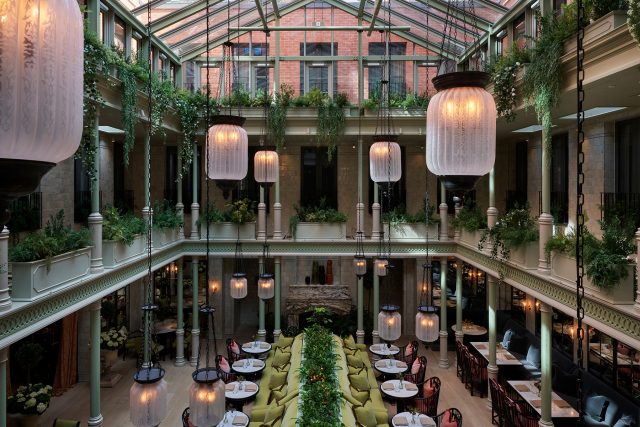 What is your vintage, provenance and choice picks from that year?

I was born in Shropshire one month before The Great Storm then raised in London from the age of eight months. From 1987, I’ve tried a Robert Mondavi Napa Cabernet, Château Palmer and an ‘acceptable’ Madeira.

Where did you work before NoMad?

From 2015, I worked at The Clove Club and recall ‘Dom the Somm’ doing his first shift with me. I then went to The Fordwich Arms, which I still have a 34% stake in. In 2020, I planned to take a year off and go travelling, beginning in Australia which is where my wife is from and then the world slowly closed down..

What is the worst and best advice you’ve been given?

That I had to go to university to succeed in life. I studied biochemistry but didn’t particularly enjoy it. If I’d taken a year out and worked in a restaurant, I might have got into wine quicker. The best advice was by family friend, Jamie Waugh, the wine and spirit buyer at Fortnum & Mason, who suggested I looked at Plumpton College to study viticulture and oenology. He mentored me through the initial stages of the wine industry and got me my first placement in Bordeaux at Château Lafon-Rochet. 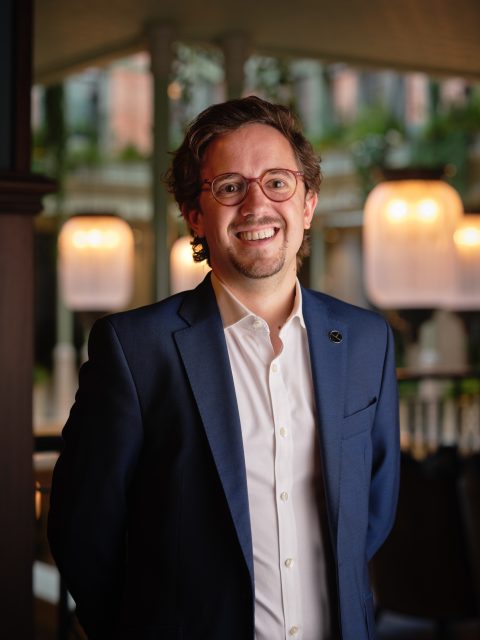 How do you apply your Plumpton degree to your role?

It’s good to have a more in-depth knowledge of where wine comes from and to understand sustainable farming practices and value producers who care about the land they’re farming. I taste wine more like a winemaker, which means I struggle with faults and often ask, ‘should it really taste like that?’

How did you come to be part of NoMad’s drinks programme?

I had already met food and beverage director, Chris Perone at Davies and Brook and at a 50 Best party, so we knew eachother. I was also in touch with Mark Wakefield, MD of Walton St. James, who phoned me to tell me that NoMad were looking for a wine director on the same day last June that I found out my wife was pregnant.

Approachable. NoMad is good at breaking the mould so I didn’t want the list to read like every other Western hotel list, which can be boring under £150. I love drinking wine but never go to hotels to drink wine. Instead, we have plenty of options sub-£150 with 50% of bottles being under £100. Yes, you can spend £2,500 on DRC, though we also have small grower Champagnes at £90.

And how do you intend to further develop it?

By going out and about in the UK to expand the English selection and doing some cool stuff like kegging single barrel kegs, as well as doing some of our own imports from elsewhere.

What grape, region or style do you find it hard to get along with?

While I love the non-oxy styles, I find Jura wines that are oxidative and overly herbaceous hard to get along with. 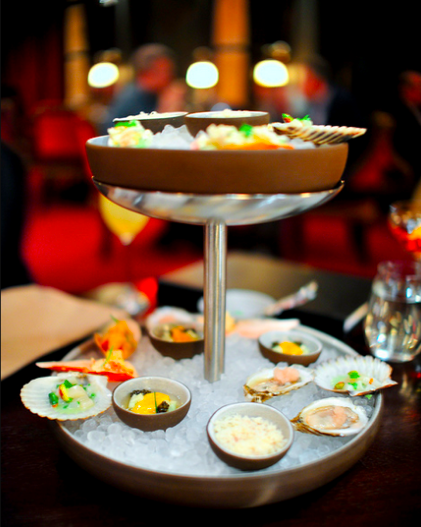 How do you recruit?

By word of mouth. I currently have two people in my wine team and am looking for two more prior to September when we expand for more services. Amber Gardner, who was working at Leroy for Ed Thaw around the corner from The Clove Club then Davies and Brook, and Bella Babbit, who is half Swedish and half American, who worked for me at Clove Club as a junior sommelier back in 2015, then went to Luca and The Laughing heart.

What has been a standout food and drink match at NoMad?

The fruits de mer, a take on a seafood platter, including four individual dishes, being crab with caviar, scallop ceviche with almonds, mussels with curry, and langoustine tail with coriander. It’s the dish we considered when blending Cuvée Nomad, an Extra Brut by Billecart-Salmon.

What did you do during the lockdowns?

A lot of cooking.

Is the guest always right?

If I take wine as an example, while anyone can believe they’re right, it’s such a subjective topic. Right and wrong is not quite how I describe it. Two people can pull something totally different out of a glass.

What was the last piece of music that moved you?

Music was important to me as a teenager, and, being classically trained, I got back into playing the piano during the lockdowns – Franz Liszt Trois études – especially Un Sospiro!

What are your thoughts on the zeitgeist?

It’s an exciting time to open, post pandemic. We’re a big venue in the centre of London trying to create positive experiences for people.