DTC channel sees sustained growth in the US

The direct-to-consumer (DTC) channel in the US has seen sustained growth in the first half of 2021, leading experts to see last year’s exponential growth as more than just a knee-jerk reaction to the pandemic. 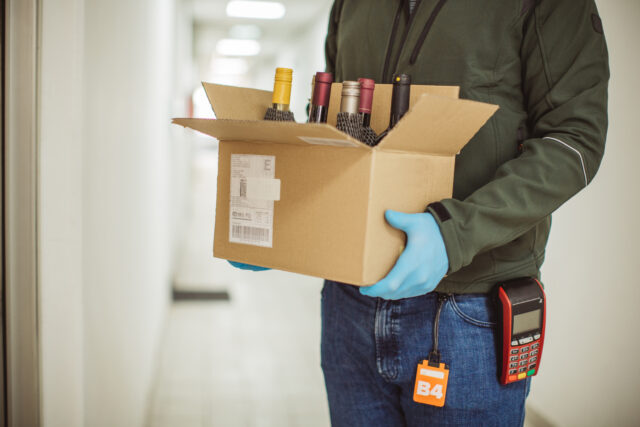 The data, which was published as a mid-year update by Sovos ShipsCompliant and Wines & Vines Analytic, showed both value and bottle price were up in the six month period from 1 January to 30 June – although the strong comparable with the same period last year saw minimum volume growth.  Overall DtC shipment value increased by 12.2%, to a total of $1.89 billion with the average bottle price climbing 10.1% to $38.50. This contrasts to the first half of 2020, which saw the average price per bottle fall by 10.8% versus 2019, although volume sales rose exponentially.

Andrew Adams of Wines & Vines Analytic, who wrote the report, said that although we were still not fully past the pandemic, it was very encouraging to see the channel was in relative growth up and beyond the record setting pace of 2020.

“That shows the success that wineries are become more sophisticated in dtc marketing and outreach and customer more comfortable in the channel – and rather than a pull-back we thought we’d see after the pandemic, they seem to be as invested as they were before the pandemic either directly from wineries or having them shipped to their homes or offices,” he said.

Larry Cormier of Sovos ShipCompliant, noted that following last year’s growth of 30% in January (representing around three year’s growth in around 3 months) the figures were sustaining the growth. “We’ve had over 4m cases shipped so far this year, worth US$1.89bn dollars, which in just six months is impressive,” he said.

Andrews noted that while the off-premise had seen the dramatic over-correction in terms of volume and value, following the reopening up of the on-premise this had not been the case in the DTC channel.

“We’ve been up consistently in value and dollars,” he pointed out although he noted that the month to month fluctations followed a seasonal pattern which peaks in the spring, dips in the warmer months and rises again from September through to December.

“We’re following same curve – staying on that pattern in 2020 and again this year so that’s intersting,” he said.

One of the biggest winners was sparkling wines, which rose 30.3% in volume terms, with value sales up 41.1%. Adams noted that sparkling wine now accounts for 4% of all wine shipped dtc. “It is one of the more interesting trends – the appetite for sparkling hasn’t edged at all. Overall spending has shifting from on premise to dtc same with sparkling wine,” he said.

In terms of state by state success, California remained the destination for dtc shipments, followed by New York and Texas. Meanwhile the volume of shipments to Florida increased by 10%, taking it from the sixth spot to the fourth, pushing Washington out of the way, despite a volume increase of 3.4% year-over-year.

Meanwhile Pennsylvania saw year-on-year volume decreases of -16.9%, which Adams said was not surprising given that it had only recently opened to dtc shipment, so had seen exponential growth initially. Kentucky, which opened to dtc last December, saw a big rise, of 2,200 cases in the first quarter and 4,100 cases in the second quarter, ended the half year with $1.9 million in value shipped to the state.

However, despite new states opening up to dtc shipments, Adams warned that there had been some pushback on regulation.

“We’re seeing some pushback,” he said, “Fulfilment houses and parts of the DTC chain are seeing extra scrutiny from regulatory states – that’s evolving and will be an dynamic part of the dtc channel going forward.”

He noted the importance organisations such as Free the Grapes not just in opening up new states to DTC sales but keeping those states open.