Rumours are swirling that the ‘You’re Beautiful’ crooner is being considered as the face of a new programme where indie breweries compete over who can make the best beer. 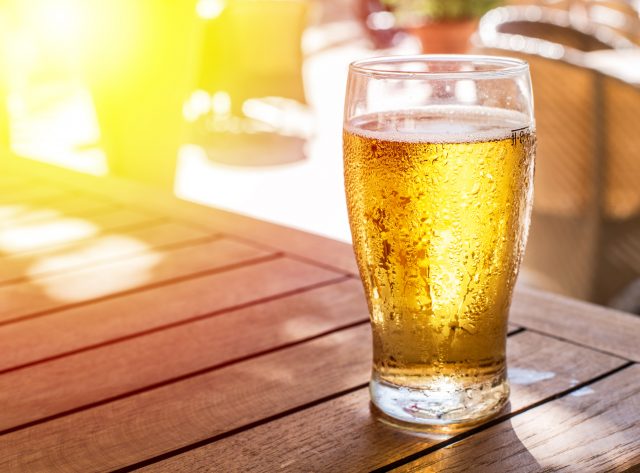 In the last few years, we’ve eaten our TV dinners while watching Brits battle it out over who can make the best choux pastry, paint the most impressive pictures, make the most realistic medieval weaponry and even groom dogs with the most creative flair. Now there’s talk of the small screen bringing us independent breweries going head-to-head in a fierce contest over who can produce the ultimate pint.

The entertainment show is said to be in early stages of planning, with casting for the judging panel set to take place over the summer, but it sounds like the wheels are in motion for the latest reality competition format. And none other than James Blunt is a contender to front the show.

An insider told The Sun newspaper: “James owns his own boozer, The Fox & Pheasant in London, and is a bit of a beer connoisseur. The main premise of the series is going to be showcasing some of the best small breweries in the world.”

Each brewery will allegedly compete to see who has the best beer and while Blunt “will be front and centre”, he’ll have a “panel of experts making the decisions”, says the source.

Blunt and his wife Sofia bought the 17th– century Chelsea pub The Fox & Pheasant in 2018 and spent 18 months  renovating the boozer, adding a retractable glass roof and a private dining room.