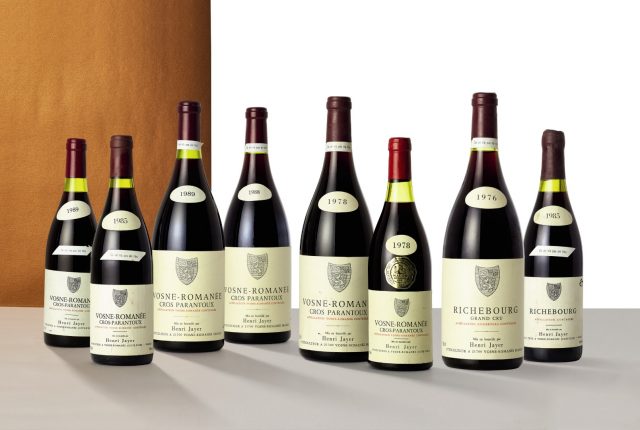 The auction house’s landmark single-owner auction – named The Ultimate European Cellar From a Visionary Collector – on 28 May brought a combined total of HK$121.7 million.

The sale offered 963 lots in total and 99% of them were sold. According to Sotheby’s, 33% of buyers under the age of 40; where 92% of lots received were advance online bids and 40% were sold to advance bidders.

Serena Sutcliffe, MW, honorary chairman, Sotheby’s Wine, said: “We were privileged to bring to auction one of the greatest wine collections in Europe and the sensational result is a reflection of the extraordinary beauty and integrity of the wines. Sotheby’s clients reacted with delight to the exceptional quality of this cellar and many of the vinous classics of our age are now going to wine lovers all over Asia. These are wines that radiate happiness and they are a tribute to the consignor who chose and matured them with the utmost care, now giving others the opportunity to share their magnificence.”

Adam Bilbey, head of Sotheby’s Wine, Asia, added: “We were excited to see such enthusiastic live bidding, that created an electric atmosphere in the sale room. With incredible interest, the competition was high, as we received bids from around the globe, from the internet to the phone bank, as well as clients sharing a glass in the room throughout the day. The huge number and cross section of bidders contributed to these quite astonishing results and did justice to this landmark collection”.

In June, Sotheby’s is going to present another sale with the theme “Historic Vintages from a Great Bordeaux Cellar”. Featureing a total of 466 lots of the finest Bordeaux wines, the live single- owner auction in Hong Kong will be staged on 25 June and bring to the market one of the greatest private collections of Haut-Brion ever to be offered, with vintages spanning over a century. More details to follow in due course.