db speaks to Guy Denison-Smith, co-founder of new Croatian wine importer Blue Ice Wine UK, about his plans for the business and how a chance encounter while working for the British army paved the way for the project. 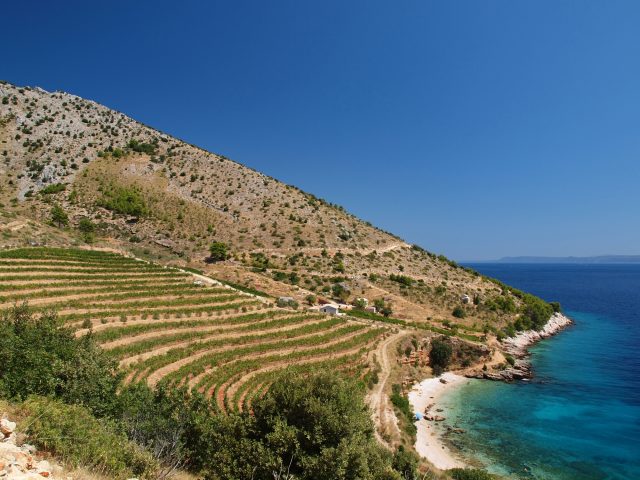 Guy Denison-Smith, co-founder and managing director of Blue Ice Wine UK, launched the company in December last year. His first exposure to Croatian wine came about in a more unusual way than most.

He was deployed to the Balkan region in 1999 while working with the British army as part of the NATO-led stabilisation force, which was based in Sarajevo. It was there he met and befriended Roger Olson, the other co-founder of Blue Ice Wine UK and the owner of sister business Blue Ice US.

Denison-Smith first tried Croatian wine while on rest and recuperation in the area around Split on the Dalmatian coast. A shared enthusiasm for the country’s wines led Olson to set up his US-based Croatian wine importing company in 2016. This was followed by Blue Ice Wine UK, which was unveiled in December 2020 after several years of planning.

Denison-Smith told db that he believes the UK market is ready for Croatian wine, and that its indigenous grapes will pique consumers’ curiosity.

He said: “I believe that the UK consumer is inquisitive. Croatian wine is not readily available in the UK, but I believe that the market is ready for it. Gone is the old communist concept of quantity over quality through mass production in cooperatives. You now see vineyards that have returned to family ownership on a smaller scale.”

He believes wines made from indigenous grapes including Malvazija Istarska, Teran, Plavac Mali and Posip offer something different, alongside international varieties such as Merlot, Chardonnay and Pinot Sivi (Gris).

He is now working with a total of five vineyards, four in Istria and one based on the island of Brac – one of which is organic. These include Benvenuti, Franc Arman and Stina. He is also hoping to secure the wines of another producer on the Dalmatian coast.

Croatia joined the European Union in 2013, a move that has been seen to have had a positive effect on the quality of the wines the country now produces. It opened up new export opportunities and also gave access to grants, allowing modernisation and expansion to take place.

There are now around 1,600 Croatian wineries together cultivating some 20,000 ha of vineyards and producing around 700,000hl of wine a year (OIV, 2020).  According to industry body Vina Croatia, Croatia is divided into four main wine regions (Slavonia and Croatian Danube, Croatian Uplands, Istria and Kvarner Dalmatia) and has 16 PDOs and 66 appellations.

Having focused primarily on direct-to-consumer sales through his website, Denison-Smith is also looking to work with on-trade and off-trade outlets in the UK. He currently supplies four retailers and is looking to bring more on board, as well as targeting hotels, clubs and restaurants as they begin to reopen.

“I think that Croatian wine has an exciting future on the global stage; we just need to keep highlighting the quality,” he said. “I genuinely believe that with greater awareness our audience will grow. It may take some time but I am positive it will happen.”

Together with Blue Ice US, he is also investigating the possibility of setting up a company in the Croatian capital Zagreb to supply the EU, initially concentrating on the Italian, Austrian and German markets.

The etymological origins of the world’s biggest grapes