The etymological origins of the world’s biggest grapes

More often than not a grape gets its name from the place in which it was discovered, or the person who identified or crossbred it. But it’s not always so straight forward. 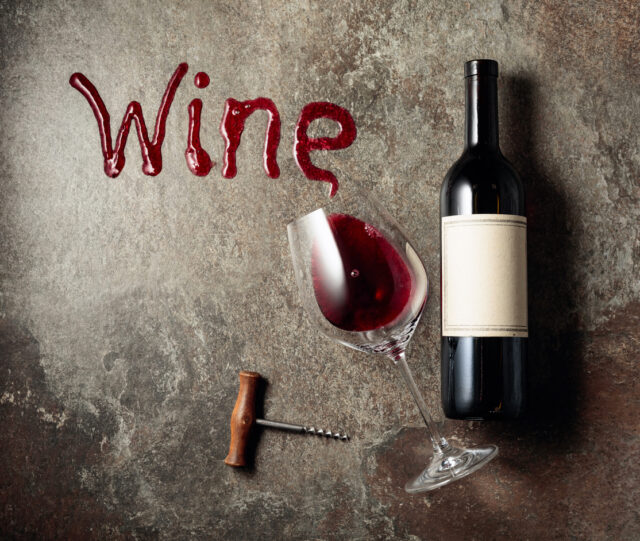 Jancis Robinson’s Wine Grapes comprehensively explains the history and origins of the world’s grape varieties. But research on exactly how grape names came to be is less explored.

The etymological origins of many grape varieties are hazy at best, and near untraceable in many cases. But there are plenty of clues to follow to help decipher the most likely accounts of how grapes got their names.

Fact or fiction, the wine nerd in all of us can appreciate a good backstory, whether it based on historical records or pieced together from fragments of history, myth or legend. 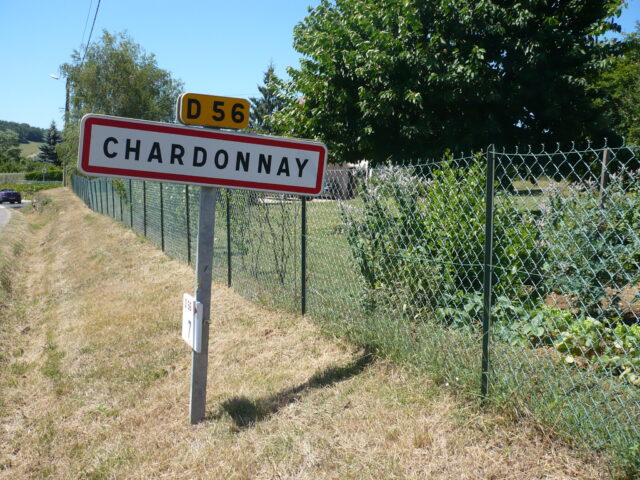 The name Chardonnay is synonymous with Burgundy, and it’s no surprise that the origins of the word can be traced back to this region.

Specifically, its name derives from a commune in the Saône-et-Loire area in the Bourgogne-Franche-Comté region of central-eastern France called Chardonnay, which may or may not be the viticultural epicentre of the Chardonnay grape variety, but is almost certainly its etymological root.

The word itself is believed to come from the Latin Cardonnacum, a term that referred to the land of Cardus – the owner of the land surrounding the village if Chardonnay during the end of the Roman period – and also loosely means ‘an area of thistles’.

The entanglement of the terms Syrah and Shiraz are interesting, with one rooted in France, the other Australia. Both terms have evolved to mean the same thing, referring to identical grape varieties, but the route with which each term has been adopted by the old and new world differ.

The term ‘Shiraz’ is believed to derive from the city of Shiraz in Persia, with references to “Shirazi” wines dating back to the 1630s. The city of Shiraz is now within Modern day Iran. It’s unlikely, that these “Shirazi” wines were made with what we understand to be Shiraz/Syrah as they were all white. But it’s likely that this is where the name Shiraz was first embedded within the world of wine. The name was later adopted, somewhat arbitrarily, by the Australian wine industry in the 19th century for vines brought to Australia by James Busby in 1832, previously called Claret or Burgundy, but which were later confirmed to be Syrah.

Syrah meanwhile is entirely French in its origins, but historical references to this term only date back to the early 20th century. Today, Shiraz and Syrah are synonyms of each other when referring to grape varieties.

Another grape with a complicated etymological past is the Italian grape Primitivo, otherwise known as Zinfandel in the US. Modern DNA analysis has seen scientists confirm that Primitivo and Zinfandel are in fact the same grape variety, and more recently the Croatian variety Crljenak Kastelanski, also known as Tribidrag.

The grape found its way to the US in the mid-19th century where it acquired the name Zinfandel, most likely inspired by another variety, ‘Zierfandler’, from Austria (likely a cross between Roter Veltliner and Traminer). That grape has roots to the Habsburg monarchy in Vienna, who George Gibbs, a horticulturist on Long Island, received several shipments of vines from in the 1820s, one of which he named “Black Zinfardel of Hungary”. The mash up of Zierfandler and Zinfardel is believed to have morphed along the way to create Zinfandel.

Primitivo meanwhile can trace its origins back to 18th century Puglia, the heel of Italy. The first documented use of the term Primitivo appears in Italian governmental publications of the 1870s, while the name itself appears to derive from the terms primativus or primaticcio, which refer to the grape’s tendency to ripen earlier than other varieties.

However, in 2011 it was discovered that Primitivo/Zinfandel is also is the genetic equivalent to the Croatian grape Crljenak Kaštelanski, also known as Tribidrag. This name has been referenced since 1518, so in fact is the oldest recorded name for both Zinfandel and Primitivo. Tribidrag is derived from the Croatian word for ‘early’, again referring to the variety’s early ripening characteristics. 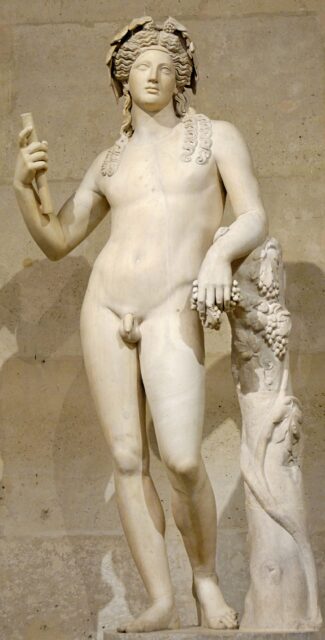 The only grape name that refers directly to a pre-existing icon of mythic proportions, Bacchus derives from the Latin name for Dionysos, the Greek God of Wine, also known as Bacchus, the name adopted by the Romans. The wine-induced frenzy that the God is said to induce is known as a bakkheia. The grape itself is a cross of (Silvaner x Riesling) x Müller-Thurgau, created in 1933 by German viticulturalist Peter Morioat the Geilweilerhof Institute for Grape Breeding in the Palatinate.

It is primarily cultivated in Rheinhessen and Franken and reached its peak in 1985, when it accounted for 3.6% of all German vineyards, but today accounts for just 1.6% (2019). Today, it is making steady progress in England, with many vineyards choosing to plant their vineyards to Bacchus, with the cooler climate suited to preserving the acidity of this typically low acid variety.

A relatively new grape in historical terms, Pinotage was created by Professor Abraham Perold in 1925 by crossing Pinot Noir with Cinsault. Perold had been trying to exude the positive characteristics of Pinot Noir with the robust more hardy nature of Cinsault, and as such planted four cross bred seeds at Welgevallen Experimental Farm in Stellenbosch, where they were seemingly forgotten about.

Two years later, having taken up a job with South African wine co-op KWV, a university team was sent to clean up the garden and a young lecturer by the name Charlie Niehaus happened to pass by, and, knowing about the seedling rescued them. So it is perhaps thanks to Niehaus that Pinotage came to be one of South Africa’s flagship varieties.

The name itself is easy to decode. Pinotage is a cross of Pinot Noir and Cinsault, hence the ‘Pinot’, while Cinsault was at the time known as Hermitage in South Africa, hence the ‘age’, leading Perold to come up with the name ‘Pinotage’. 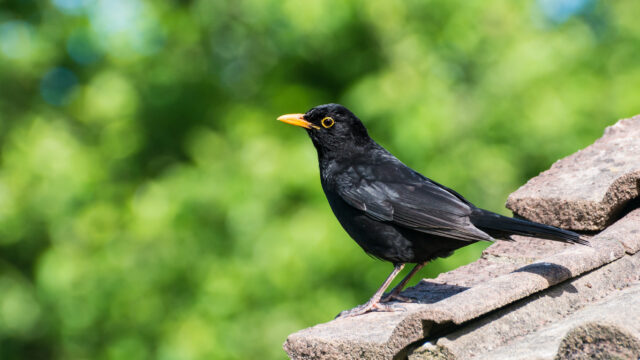 The etymological origins of Merlot can be traced firmly to Southwest France, where it is believed to have gotten its name from the blackbird, rather than a geographic region. The French word for blackbird is ‘merle’, while in one Occitan dialect, known as Gascon, ‘merlau’ means ‘little blackbird’.

The earliest mention of Merlot in Libourne is dated to 1783-4 where it is described as making, “a black and excellent wine”, while further reference is made in 1824 in a treatise to the grape, whereby it is introduced with the modern day spelling ‘Merlot’ – a name given to this variety “because the blackbird likes this grape very much.”

The black hue of the Merlot grape is also said to resemble the bird’s dark plumage.