Proximo Spirits has acquired a majority stake in Conor McGregor’s Proper No. Twelve Irish Whiskey for a reported US$600m, in a deal that will see the UFC megastar remain a stakeholder and actively promote the brand. 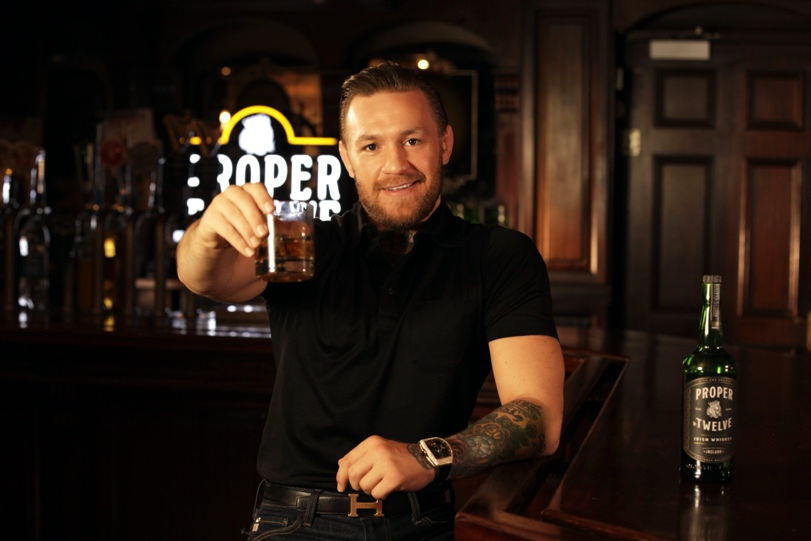 The Proper No. Twelve founding team have announced that they will continue to collaborate on the Irish Whiskey brand, which has seen swift growth since its launch just two and a half years ago.

“I founded Proper No. Twelve less than three years ago and today it has become a shining star in the spirits industry,” McGregor said. “This agreement is exciting for my partners and me, and the potential is limitless! Our vision is for Proper No. Twelve to continue its incredible growth worldwide and to keep bringing new consumers to the now-reinvigorated Irish whiskey market.”

According to a press release, Proper No. Twelve has shipped more than 500,000 nine-litre cases (more than six million bottles) to “eight distinct international markets” in its first two and a half years, and is now targeting new territories.

“Conor McGregor, Proximo and our partners have taken the spirits world by storm,” said Mike Keyes, President & CEO of Proximo. “When we launched, the Irish whiskey market was dominated by one brand. Now, Proper No. Twelve has disrupted the category and has become a leading brand in the industry. We are thrilled with what we and our partners have achieved in growing Proper No. Twelve to this point, and we look forward to continued success together. This agreement also demonstrates Proximo’s commitment to expand its presence in the fastest-growing segments of the spirits industry.”

Proper No. Twelve partner Ken Austin said that McGregor’s ambition is for the Irish Whiskey to become a “multimillion case brand,” an ambition he believes will be realised.

Conor McGregor has been particularly active in promoting Proper No. Twelve, and the brand has been used as a platform by which the UFC megastar gave back to first responders around the world by donating millions of dollars.

It is expected that the brand will feature heavily in the promotion for McGregor’s highly anticipated rematch with Dustin Poirier at UFC 264 on 10 July in Las Vegas.