McGregor created the Irish whiskey brand with business partners Audie Attar and Ken Austin in 2018. Since then over 200,000 cases of the whiskey have been sold in the US.

McGregor donates US$5 from every case of Proper No. Twelve sold to first responder charities around the globe. 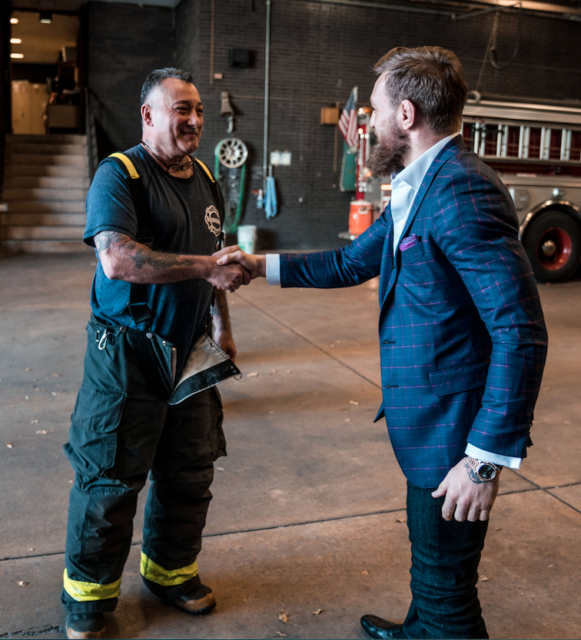 He is due to donate $1 million to the New York-based Stephen Siller Tunnel to Towers Foundation, which will go towards paying off the mortgages for families of firefighters across the US who were killed doing their job and left behind young families.

The foundation was established in memory of firefighter Stephen Siller, who died trying to save people following the 9/11 terror attack on the World Trade Center.

Additionaldonations will be announced in March and April for first responder firms in Ireland, Canada, the UK, Australia, Russia, Poland and South Africa set to benefit from McGregor’s charity donations.

“I am so grateful to the team at Proper No. Twelve, our distributors, retailers and pub owners, along with the millions of whiskey fans that have embraced the brand,” McGregor said.

“These sales enable us to make our first significant donation to such deserving families. First responders around the world are the true-life heroes. They are the ones running into emergency situations. This has been a dream of ours since we started the business,” he added.

“We are overjoyed to receive the donation from Conor and his team.They approached us and have been generous, dedicated partners,” said Tunnel to Towers Foundation chairman, Frank Siller.

“We are extremely grateful, and I know which whiskey we will be drinking this Paddy’s Day,” Siller added.

The Proper No. Twelve Irish Whiskey is owned by McGregor’s Eire Born Spirits company, founded in 2018.