Six county court judgments totaling £42,384 have now been taken out against UK e-commerce platform Winebuyers, with one major spirits supplier stating it is £35,000 out of pocket. 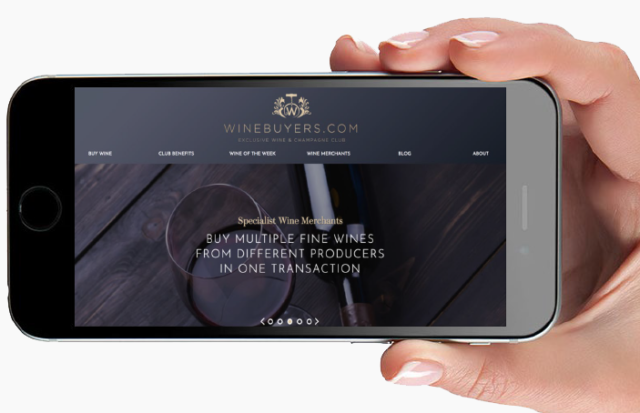 Rumours of unpaid suppliers and undelivered wine are continuing to circulate around direct-to-consumer e-commerce platform winebuyers.com. The site effectively acts as an intermediary with producers paying a fee to list their products on the website. As well as being an online sales platform, it claims to offer a “personalised communications strategy” and marketing support for each of its clients.

Winebuyers takes no commission, and founder Ben Revell told the drinks business in 2018 that money from sales (as well as the responsibility for shipping products) is given to the supplier. However, some suppliers claim they have not been paid.

Since the latest development this year, which saw Winebuyers listed as an acquisition opportunity on Hilco Streambank’s website, online spirits retailer Master of Malt has publicly spoken out against the platform.

In a blog post, the retailer wrote a warning and revealed details of its alleged dealings with Winebuyers. After working with the platform for around six months in 2019, Master of Malt claims that Winebuyers had got behind on payments and had kept much of the takings. Despite having repeated assurances that it would receive its money, Master of Malt says it continued to chase the debt for over a year and is now taking legal action.

CEO Justin Petszaft told db: “Our motivation for speaking up was to tell the truth so that people can make their own decisions in light of all the facts. If we as an industry had spoken up sooner about what was going on, many fewer people might have lost money they could ill-afford to lose during an incredibly difficult time.”

Petszaft said that while some money was received, Master of Malt was never paid in full. He said the debt owed is around £35,000.

Master of Malt is not alone. Other suppliers, including one of the UK’s leading distributors Enotria&Coe, claim to have been impacted.

A screenshot from Experian (below) shows six county court judgments (CCJs) against Winebuyers. Comments on review site Trustpilot and social media channel Twitter infer that issues are on a far greater scale.

Ventisquero wines were listed on Winebuyers from late September 2020 to early December. Doyle alleges that the debt remained unpaid despite repeated assurances from founder Ben Revell that Ventisquero would receive the money.

She said during the time she was dealing with Winebuyers she went through three different account managers, two of whom left the company, one admitting to not approving of how things were handled internally.

“The CEO [Revell] lied to me and said there was nothing wrong with their finances and all these rumours were completely unfounded,” Doyle said. “While we’re going to lose money from this, I feel sorry for the smaller guys who saw Winebuyers as a route into the UK market, have shipped a lot of their stock, and now don’t get any money.”

Rich Hamblin, owner of low intervention and sustainable wine specialist More Wine, told db that things got progressively worse during his experience with Winebuyers from late 2019 to December 2020. He alleges that after repeated late payments, in November 2020 he informed Winebuyers that he would not process any more orders and asked for his products to be removed from the website. Between that request and the products being removed, he said that he received two orders from customers totaling £251.21.

In early December he said he received an email from Steve Gore, Winebuyers’ finance officer, stating: “We will not be in a position to provide a payment date until we have received confirmed new investment. Once we do have that information we will treat all suppliers equally and fairly in accordance with the legislation regarding such matters.”

More Wine is currently owed over £500. Hamblin said the experience has left him feeling “annoyed and frustrated”.

A spokesperson from another UK-based importer told db: “Having traded with Winebuyers since 2019 we started to see issues with missed payments in the summer of 2020. As a small supplier the amount we’ve lost, whilst not crippling, does impact an already challenging 2020. After such a hard year for the industry it’s galling to see so much money has been lost to this business, even more so to know that they are presumably still taking money from importers and producers struggling to survive. In particular I was shocked to see mail-outs from Winebuyers on 23 and 24 December offering a 10% discount on gift vouchers. Given that at this point they will have known that there were several CCJs in progress against them and that the business was at risk of insolvency, to encourage people to buy gift vouchers that would be worthless if the business went into administration is morally reprehensible.”

It’s not only customers and suppliers who state that they have been affected. Emma Wellings, who runs her own wine PR firm, said she has also not been paid for work.

“We did a project last year for a Winebuyers’ producer, and generated some really nice press mentions,” Wellings told db. “As agreed, Winebuyers invoiced the producer direct for our services and we were to then invoice and be paid by Winebuyers. I duly sent in my invoice. I chased and chased. I instructed a debt collector to chase on my behalf who chased and chased. To date, we haven’t received a penny. Even though they have already been paid by the producer for the work we did. It’s a very unethical way to run a business, and that’s putting it politely.”

What has angered many of those that have spoken out is that Winebuyers continues to trade and has failed, before being contacted by the drinks business for this piece, to publicly acknowledge its problems. In an interview dated September 2020 in the Financial Times, Ben Revell paints a very different picture of the company’s finances.

Rob Murray Brown, founder of ECF.Buzz, an equity crowdfunding network and information resource, has followed the case for some time.

In an article dated August 2019, Murray Brown highlighted what he believes are irregularities in the figures being stated by Revell and what is actually being filed in accounts at Companies House.

“The Winebuyers model was never really thought through: the problem is they don’t make much money,” Murray Brown told db. “There’s an awful lot of information out there, and most of it is not true.”

Murray Brown believes that figure, and many others that Revell has stated, are inaccurate.

“There has been no profit, and I would think the losses are quite substantial,” he said. “Operating a site like that efficiently is quite a serious job. Winebuyers is one of literally hundreds of companies that have, in my opinion, fraudulently taken money off people without any hope of them ever seeing it again and on the promise of huge returns when they sell out in three years.”

the drinks business has contacted Winebuyers for comment and today received the following statement:

“We acknowledge we were not prepared for changes in market conditions in 2020 which led to over-trading and increased investment in resources. Disputes with landlords and delays on committed investment as a result of Covid had a knock-on effect resulting in some suppliers seeing delays in receiving settlement. We apologise for the frustration this has caused and are in the process of closing our latest funding round in order to provide us with the resources to better serve our partners. We are a small team working tirelessly to navigate uncertain times and are putting more efficient procedures in place to manage future growth. We look forward to continuing to facilitate the market in 2021.”