Online wine club Winebuyers is seeking buyers and/or investors for its business, presenting itself as a thriving concern when, behind the scenes, there is a growing clamour from a string of unpaid suppliers and unhappy customers. 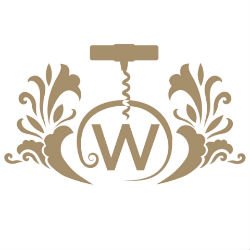 The “disruptive” and “exclusive” online wine club is currently listed as an acquisition opportunity on Hilco Streambank’s website, the company having been appointed to, “actively seek interested parties in relation to the opportunity to acquire, or invest in, Winebuyers”.

The bid deadline has been extended to 10 February 2021.

Launched in 2018, apparently “in response to the wine trade’s slow uptake of e-commerce”, the offer claims that Winebuyers is, “fast becoming the largest online shop” with access to 50,000 wines and spirits.

It claims that Winebuyers has raised over £1 million in investment “to date” and has achieved “month on month” growth since since its launch with “over one million bottles sold in 2020”.

Unfortunately, there is growing unhappiness towards the company behind the scenes. Customers have been increasingly posting negative reviews on Trustpilot citing unfulfilled orders and lack of promised refunds – or refunds delivered extremely slowly.

More seriously, some suppliers have also being posting on the forum saying they have not been paid even as sales continue to be accepted.

the drinks business has also been contacted by suppliers saying the same. One, who did not wish to be named, said that in early December last year it had over 50 orders that were awaiting payment dating back to 20 November (although some were subsequently paid for).

Said supplier also requested that its products be removed from the platform, “as I didn’t want any more [orders] to accumulate knowing they would likely not get paid for or delivered before Xmas”.

Publication The Wine Merchant also ran a piece in its latest issue with comment from other suppliers citing the same problems.

There are reportedly four county court judgements that have been filed against the company in the past 28 days, totalling some £32,000.