The UK government has laid out the timeframe for the reopening of the hospitality sector and easing of wider lockdown restrictions in England. 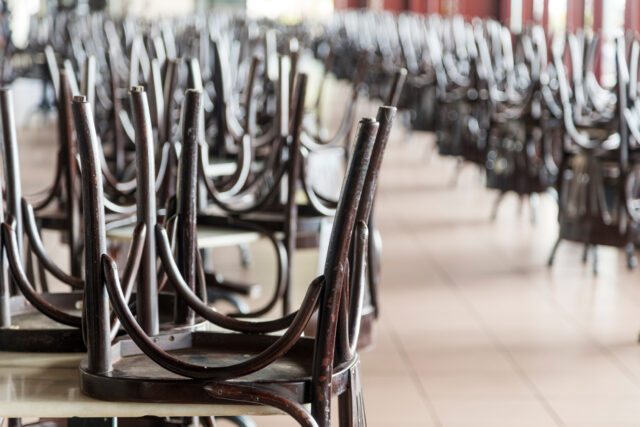 Speaking in the House of Commons this afternoon (Monday 22 February), the Prime Minister laid out the timetable for the easing of Covid restrictions.

Outdoor hospitality, including alcohol takeaway and pub beer gardens will be able to open from 12 April, provided conditions set by the government are met. These include the continued success of the roll out of the vaccine, evidence that the vaccine is lowering hospital admissions and deaths, low infection rates that don’t threaten to overwhelm the NHS and no new Covid variants threatening the vaccination programme.

From 17 May at the earliest, hospitiality venues will be able to open, although venues will have to abide by the ‘rule of six’ for groups. Potentially all limits to social contacts will be lifted on 21 June, allowing nightclubs to reopen.

Responding to the news, Emma McClarkin, chief executive of the British Beer & Pub Association, said that at the sector would continue to face severe restrictions that limit business and stop them from being viable.

“The reality is debt is mounting and many pubs simply won’t be able to hold out to April or May and will close for good before any door gets open,” she said.

She pointed out that having outdoor service only from April 12th would mean 3 in 5 pubs – around 29,000 in total – would remain closed, costing around £1.5 billion to the sector.

“The majority of pubs will not reopen until May 17th at the earliest, meaning that they will have been closed for almost 8 months.

She called on the government to plug the £1.5 billion “hole” with “vital support” in the Budget.

“The Prime Minister said he will not pull the rug out and do whatever it takes. We will hold both him and the Chancellor to this. Our sector will need more grant support until pubs can fully reopen, as well as furlough extended to save jobs for pubs not able to open in April. Even when they open in May, pubs will need help on their long road to recovery through an extension of the VAT cut and Business Rates relief – as well as a beer duty cut. The recovery will take much longer than expected and we will need this support for 12-24 months. This support will need to be extended to brewers and supply chain partners who are relying on the timely reopening of pubs as they depend on them for trade, ” she said.

She added that pubs who who do reopen with outdoor service only would also need support. “Their business will not only be severely restricted by reduced capacity, but also the highly unreliable British weather,” she pointed out

“The Government must also stick to 21st June as the end date for social distancing restrictions. This will increased pubs’ economic viability in being able to make good trade for the rest of the year and give the hospitality sector some much needed certainty.

“Returning to work and offices also remains unclear, which is of huge concern for those pubs reliant on such trade. We need the Government to clarify and encourage a timely return to return to work and help boost consumer confidence to re-emerge.

“Without these measures, thousands of pubs will be at risk of closing for good, along with hundreds of thousands of jobs and livelihoods being lost forever right at the last hurdle of this crisis.

“Last year we saw almost 2,000 pubs close for good – that’s 5 pubs every day closed forever. We cannot let this happen again in 2021. Local pubs play a vital community role by providing wonderful and regulated places where we can safely meet with our families and friends – something we are all longing to do again soon.”

James Calder, chief executive of the Society of Independent Brewers (SIBA) said many small breweries and community pubs were “now destined to fail”, and businesses faced an “agonising” ten days until the Budget to see if the Chancellor would offer “significant and immediate” financial support for the sector.

“Although it is welcome that nonsense restrictions like 10pm curfew and substantial meal have been dropped as part of steps 2 and 3 of the plan, the vast majority of pubs simply do not have the outdoor space or facilities needed to operate viably and profitably in April,” he said. “We know many ‘wet led’ pubs and craft beer bars will struggle to operate profitably with table service only indoor or outdoor. Whilst takeaway beer from 12th April will help our members, it has only ever been a trickle and is no replacement for a swift and simple re-opening.”

He noted the date at when pubs could welcome indoor patrons was 84 days away and that “in that time the average independent brewery will burn through around £12,500, even with pubs partially open.”

“We need to see brewery grants of between £10k and £30k, based on their size as introduced in Scotland.”

He also said it was “greatly concerning”  that Ministers were considering ‘Covid status certification’, or vaccine passports “after weeks of stating that they would not be required to access hospitality.”

THREE REASONS WHY THE UK GOVERNMENT SHOULD COMPENSATE THE HOSPITALITY SECTOR