The ban on takeaway and click-and-collect alcohol sales from hospitality outlets in England will have a “brutal effect” on the on-trade, a law firm representing the sector has said. 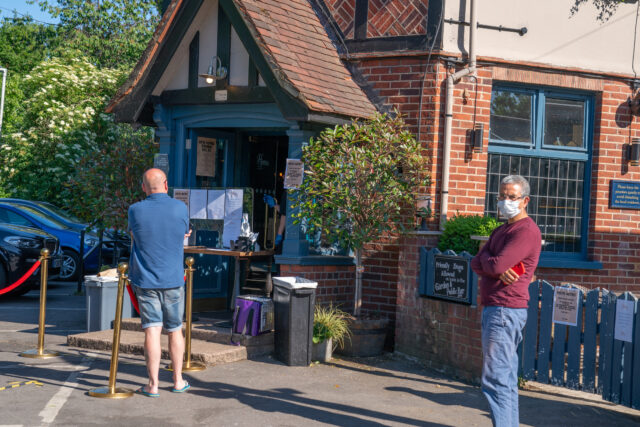 Speaking to the drinks business, Alun Thomas, partner at London-based law firm Thomas & Thomas, said it was just another “kick in the shin for the on-trade”.

“The brutal effect of it is that is there’s less of a reason for those pubs that are staying open and not furloughing people to carry on doing takeaway,” he said. “Alcohol carries a higher gross profit than food alone.”

While off-licences as well as brewery shops and supermarkets can remain open, bars, restaurants, pubs and taprooms are only permitted to sell alcohol via delivery.

While the official legal regulations have now been published, the Society of Independent brewers has said it is aware that the “government is still in the process of reviewing the restrictions”.

The Metropolitan Police released a statement today about a stricter enforcement approach, detailing how officers have been instructed to issue fines more quickly to anyone “committing obvious, willful and serious breaches”.

“Londoners can expect officers to be more inquisitive as to why they see them out and about,” the statement added.

Deputy assistant commissioner Matt Twist, who is in charge of the Met’s response to the Covid pandemic, said: “After 10 months of this pandemic the number of people who are genuinely not aware of the restrictions and the reasons they are in place is vanishingly small.”

Thomas disagrees. “There are pages and pages of regulations,” he said, stressing how there could be confusion relating to specific points such as where you could do off-sales of alcohol.

“We started off in the summer with deregulation, which allowed off-sales for premises which didn’t have it,” he said. “That carried on through the summer, but now we have the complete opposite – there are further regulations, rather than deregulation.”

Thomas said he understood the political struggles whereby a balance must be achieved between the competing interests of public safety and public demand.

“Each time [the government] passes a regulation people have found creative ways of avoiding it,” he said. “The best example is people going to a pub and ordering takeaway beer in the summer, and instead of sitting in a beer garden, which they couldn’t do, they would just go and sit on the pavement. I suspect that’s what the government is trying to control. But who’s going to be sitting on the pavement in this weather I’ve no idea.”

He said that the “cruel effect” of the new regulations was that people are still able to collect food for takeaway from restaurants and pubs, but must go to a supermarket or bottle shop to purchase alcohol.

There are calls for the regulations to be amended to allow takeaway sales of alcohol from hospitality outlets in sealed containers rather than disposable glasses to discourage street drinking.