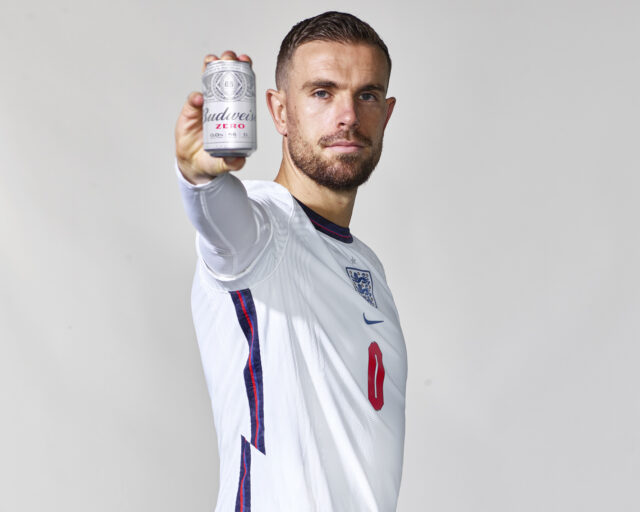 Liverpool FC captain and England footballer Jordan Henderson is teaming up with Budweiser this month on social initiative Team Zero. The campaign will see Henderson promote the brewer’s 0% ABV Budweiser Zero and the #TeamZero movement across social media. The project encourages fans to sign up by visiting jointeamzero.com to access discounts on merchandise and exclusive prizes, such as hospitality tickets to England home games and signed England shirts

Henderson said: “Sometimes, for all of us, deciding not to drink can give that extra focus and edge needed to succeed – and even if only during Dry January, it can still help you start as you mean to go on. I’d encourage everyone to join me in #TeamZero and let’s do Dry January with Bud Zero, together.” 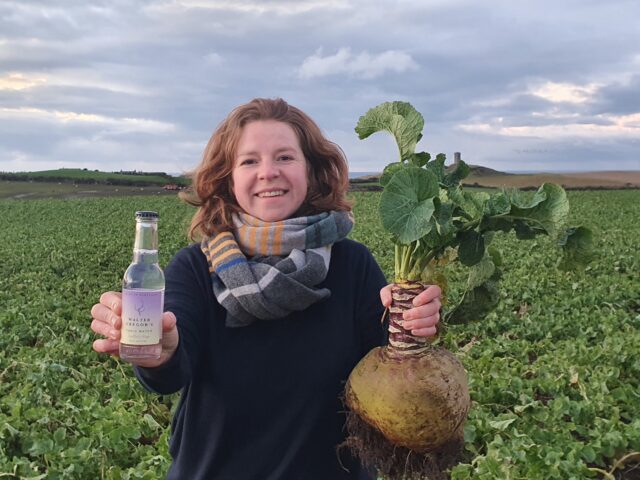 Mixer maker Walter Gregor’s is helping drinkers celebrate Burns Night in rather unusual fashion this year with the launch of a limited-edition neep-flavoured tonic water. Designed to complement Scottish potato vodka, the swede-flavoured tonic helps drinkers recreate neeps and tatties in a glass, the traditional accompaniment to haggis.

Founder Claire Rennie said: “I love haggis but couldn’t find a suggested drink to pair with it that wasn’t whisky. With some neeps from our neighbour’s farm, we discovered that the infused tonic had a delicious clear, crisp citrus flavour with an aroma of neep. Using Ogilvy’s tattie vodka we created the ‘Neeps & Tatties Cocktail’. I think it makes the perfect Burns Night aperitif, served with a haggis bon-bon.” 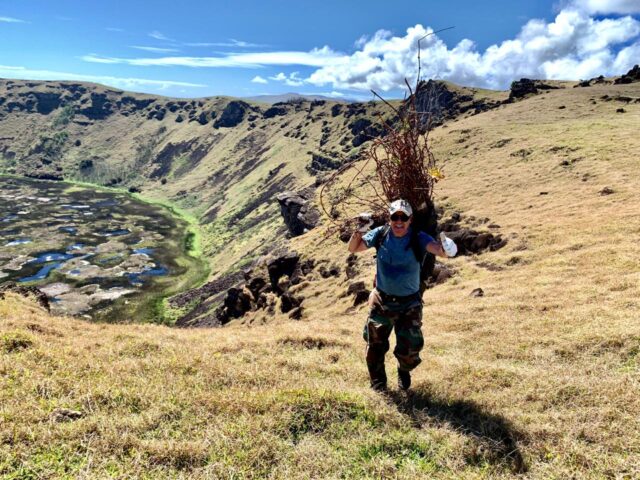 One of Chile’s most unusual wine projects is gaining momentum. Agricultural engineer and winemaker Alvaro Arriagada, winemaker Fernando Almeda and historian Cristián Moreno Pakarati are replanting vines found growing in the Rano Kau volcano crater on Easter Island. With the aid of local specialist Poki Tane Hao and his father, known as el comandante, the team took 400 cuttings from vines they found growing in the volcano and have planting them in a 2.5ha vineyard. They now intend to study the performance of the vines and decide which ones to continue growing. 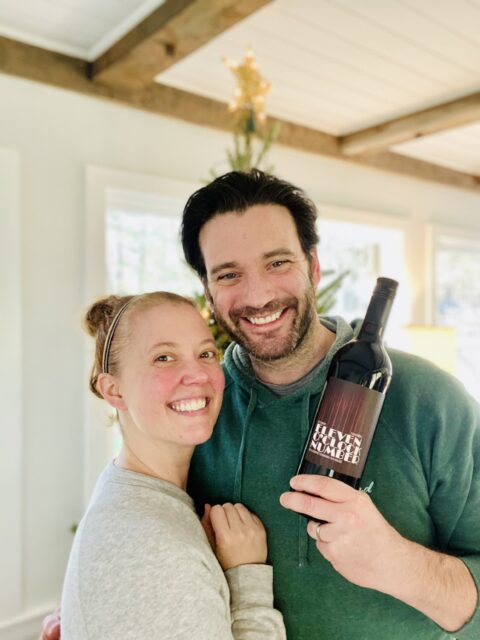 Washington’s Nocking Point Wines has teamed up with Broadway and TV stars Patti Murin and Colin Donnell, who together have created a Cabernet Sauvignon/Malbec red blend called Eleven O’Clock Number. The married couple are also partnering with Nocking Point Wines co-founder Stephen Amell and a team of fellow actors to present a livestream performance called the Drunken Artists Drinking Game. Due to take place on 10 January at 8pm EST, fans can pay $25 to watch the Broadway-themed game, which will see each guest star draw a picture of a famous musical. All proceeds will go to The Actors Fund, Black Theatre United and Project ALS. 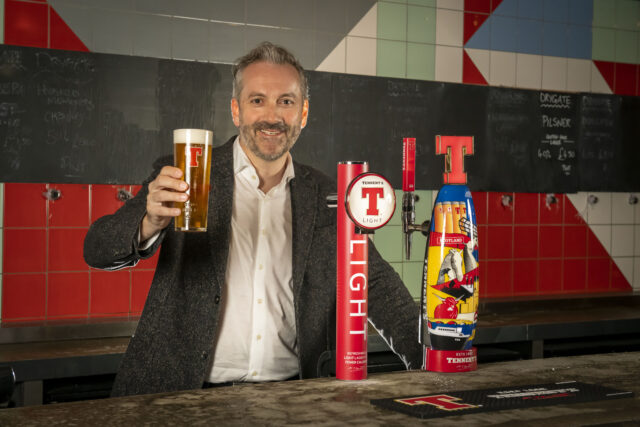 Returning to Scotland, brewer Innis & Gunn has announced a new partnership with the C&C Group. As part of the deal Innis & Gunn beers will continue to be produced and packaged at C&C’s Wellpark Brewery in Glasgow as well as at Innis & Gunn’s own brewery in Perth. The partnership sees C&C take an 8% stake in the Scottish brewer and a “long-term incentive scheme” will also make more shares available.

Dougal Gunn Sharp, founder of Innis & Gunn, said “At a time when we are seeing consumer demand for our beers increasing, in-fact becoming the sixth largest Scottish drinks brand in our home market in 2020, this is a key next step in our growth strategy. C&C’s strength in the on-trade across the whole of the UK and Ireland, and our long-term relationship, means we have solid foundations from which to build.”

If you’re studying for the #wsetdiploma learn more about the WSET diploma student summit 2021 at https://t.co/jc3Vth26ce 🥂 pic.twitter.com/JCGS6hpmeb

While the latest lockdown in the UK has led to the postponement of WSET exams this month, founder of podcast Interpreting Wine, Lawrence Francis, is keeping students motivated with the launch of the WSET Diploma Student Summit. Targeting students in the middle of or thinking of taking their Diploma, the summit features input from five prize-winning WSET Diploma Alumni.

The summit will run from from Monday 11 to Friday 15 January 2021, with one interview released daily between these dates. Those interested can sign up here free of charge.

Francis added: “I am delighted to spearhead this free, first of its kind audio event, designed to help WSET Diploma students excel in their upcoming exams. The response has been overwhelmingly positive and attendees are drawn from Brazil, Australia, The Netherlands and Germany in addition to my core US and UK listener base. Wine education appears to be in good health globally and I am happy to help the transfer of knowledge from Diploma alumni to current students.” 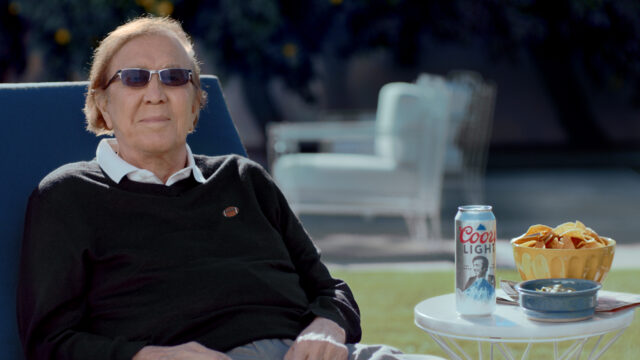 Four-time Super Bowl winning American football player and coach, Tom Flores, is the star of a new Coors Light campaign. The beer brand is aiming to help Flores get inducted into the football hall of fame and honour his legacy as the first Hispanic starting quarterback and the first minority head coach in professional football history to win a Super Bowl. Flores’ picture will feature on limited-edition cans and Coors Light will also be giving away up to 30,000 cans.

From now until 6 February, fans can visit CoorsLight.com/Iceman to sign a petition to support the football star’s hall of fame bid.

Whisky label Johnnie Walker has released the first images of its visitor centre on Princes Street in Edinburgh, which is due to open this summer. The attraction will feature rooftop bars, private dining areas, sensory tasting rooms, live performance spaces and tour and tasting experiences.

Pictured is the 1820 bar, a cocktail bar with outdoor terrace with views of the Edinburgh skyline. The project has been designed in collaboration with experience and production agency BRC Imagination Arts, the team behind visitor attractions including the Guinness Storehouse, NASA Kennedy Space Centre, the Museum of Liverpool and Jameson Distillery Bow St.