The South African government has imposed a third domestic alcohol sales ban as Covid cases surge, with industry body Vinpro warning the move will have “dire consequences” for the sector. 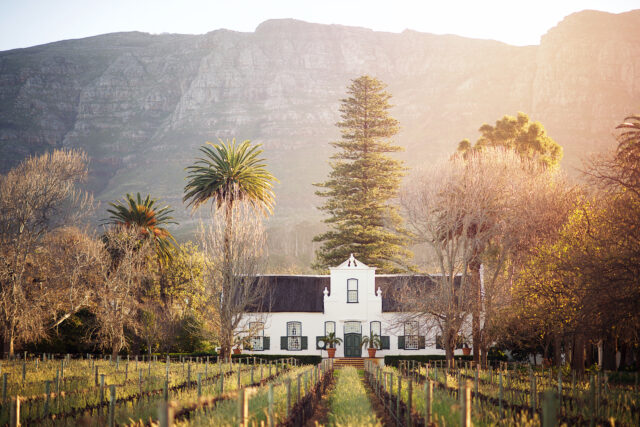 President of South Africa, Cyril Ramaphosa, announced on 28 December that the country would revert to Covid alert level three as the number of confirmed coronavirus cases in the nation surpasses one million.

As a result, domestic on- and off-trade alcohol sales have been banned, and non-essential businesses such as restaurants must now close at 8pm. The government has placed a curfew between the hours of 9pm and 6am, during which time people are not allowed outside their homes unless they have a good reason.

Alcohol exports, however, can continue as well as transportation for storage. The alert level will be in place until 15 January.

In his speech, President Ramaphosa acknowledged that the alcohol sector was a “major employer”, but said the decision to impose a sales ban had been made in order “to save lives”.

“Reckless behaviour due to alcohol intoxication has contributed to increased transmission. Alcohol-related accidents and violence are putting pressure on our hospital emergency units.”

Industry body Vinpro, however, has condemned what it calls the “blanket approach”.

Last month it was reported that South Africa has been left with over 250 million litres of unsold wine after previous alcohol sales and export bans caused disruption to the supply chain.

Vinpro expressed frustration that its proposals to control, but not ban, alcohol sales had not been considered by the government.

Managing director Rico Basson said: “We share the President’s concern over the sudden and severe spike in positive Covid-19 cases and related deaths and understand the need for drastic measures to address it, but we are disappointed and deeply concerned by the blanket approach with regard to alcohol trade that government has taken yet again to curb the spread.

“Many lessons have been learned from lockdown level 5 and 4, including that the restriction of legal trade of alcohol fuels the growth of the illicit market. Because this illicit market is outside the regulatory reach of government and operates uncontrolled, it leads to devastating consequences from a health and economic perspective.

“We submitted proposals which included alternative interventions, as opposed to an outright ban, to mitigate risks and formally engage with government. It is unfortunate that these proposals did not find their way into the final regulations to ensure a differentiated approach. We truly believe limitations on wine sales can be imposed in a less damaging manner that would alleviate the impact on the healthcare system and decrease transmission, while still helping to preserve livelihoods.”

Basson estimates that the previous two sales bans, as well as a period during which exports were also prohibited, caused over R7.5 billion (£378 million) in lost sales, as well as “significant job losses” and the collapse of a number of wineries and tourism businesses.

As the sector looks ahead to the start of the harvest this month, Basson said the sales ban would do “untold economic damage” to an already struggling industry.

SALBA Chairman Sibani Mngadi said: “One of SALBA’s member-companies reported an armed robbery at the company’s production facility in Durban on 30 December [two days into the current alcohol sales ban] where thousands of bottle closures (caps) were stolen. One of the illicit alcohol practices is to refill used, branded bottles with illegal alcohol, reseal them and sell that to consumers. This practice poses a major health risk to consumers.”

Mngadi urged law enforcement agencies in South Africa to be rigorous in dealing with illegal alcohol sales and the production of counterfeit products so that legitimate businesses do not not suffer.