Tesla’s $250 Tequila sells out in hours 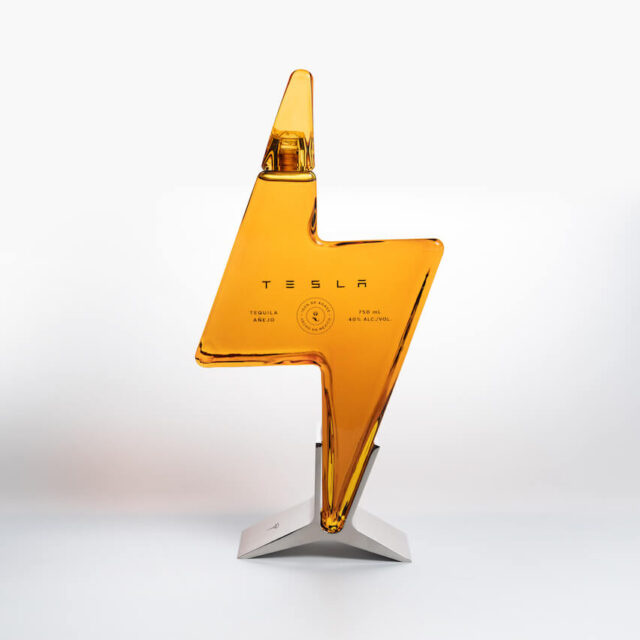 The project first started out as an April Fool’s Day prank. CEO of Tesla, Elon Musk, first referenced the product in a prank in 2018 in which he tweeted that Tesla had gone bankrupt and “Elon was found passed out against a Tesla Model 3, surrounded by “Teslaquilla” bottles, the tracks of dried tears still visible on his cheeks”.

Later that year, Tesla officially filed for a filed an application with the U.S. Patent and Trademark Office to trademark “Teslaquila”.

However, Tesla faced opposition from the Consejo Regulador del Tequila (CRT), who said that it was an “unauthorised use” of the denomination of origin for Tequila.

Now called Tesla Tequila, the spirit is described as a small-batch, premium, 100% agave añejo expression, made from sustainably sourced highland and lowland agaves. It was aged in French oak barrels for 15 months and was bottled at 40% ABV.

It is said to have flavours of “dry fruit and [a] light vanilla nose with a balanced cinnamon pepper finish”.

Made by Nosotros Tequila, the spirit is packaged in a hand-blown lightning bolt-shaped bottle and sold for $250 a pop. Launched last Thursday (5 November) evening, with customers limited to two bottles per person, the Tequila was sold-out by the following morning.

Bottles of the spirit are now selling on eBay for prices as high as $2,500.