St Emilion grand cru classé ‘A’ estate, Angelus, has said that its bottles for the 2018 vintage will be engraved with a red phoenix. 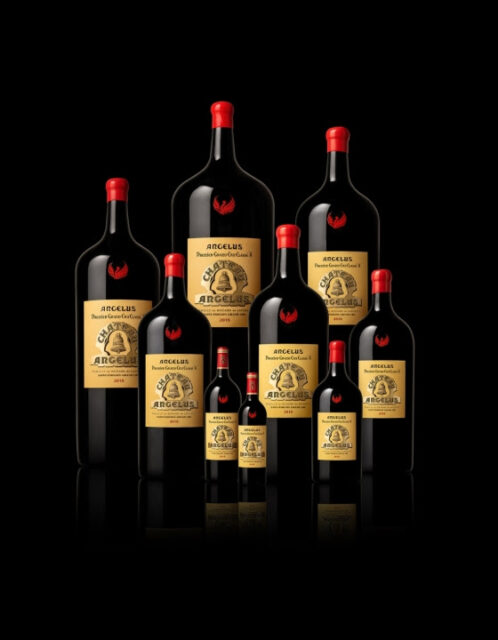 The domain said in a statement that: “Just like the Phoenix, the vine is in perpetual renewal. However, in each cycle, what it gives us is different. And on occasions this gift is of great value.”

The 2018 vintage was a difficult one in Bordeaux, marked by a wet winter and soggy spring which caused significant mildew pressure before giving way to a glorious summer and early autumn which helped bring the vintage round.

As Angelus continued in its statement: “In that year, the climatic conditions were such that our minds were filled with doubt and worry right up till the middle of July. Vigilance, determination and rigour on a daily basis enabled us to overcome these difficulties. And then the situation completely turned round.

“Suddenly the obstacles had disappeared and glorious conditions set in that enabled the grapes to ripen without ever being burned by the sun; and just as the Phoenix that rose from its ashes, 2018 produced a vintage as improbable as it was generous and magnificent.”

Overall the strategy and the price proved effective and the wine was generally well sold. It was helped along by some positive scores too, both James Suckling and Lisa Perrotti-Brown MW gave the 2018 Angelus provisional 100-point scores, while Neal Martin later scored it 94-96.

He said the wine was “intense rather than powerful” and showed signs of the increasing “towards elegance at the estate” even if the seriously hot summer had slightly got in the way of those efforts. Overall he declared it, “a fine Angelus that will age with style”.

The 2018 was also the first year that the estate worked entirely organically and also introduced amphorae for ageing its wines alongside barrels.

Château Lafite also recently announced that it was making a small change to the label of its 2018 vintage, while the bottles will be engraved with ‘CL 150’ to mark the 150th anniversary of the acquisition of the estate by the Rothschild family.