Château Angelus has fired an extremely early starting gun on this year’s en primeur campaign with the release of its 2018 – at a cheaper price than the 2017 too. 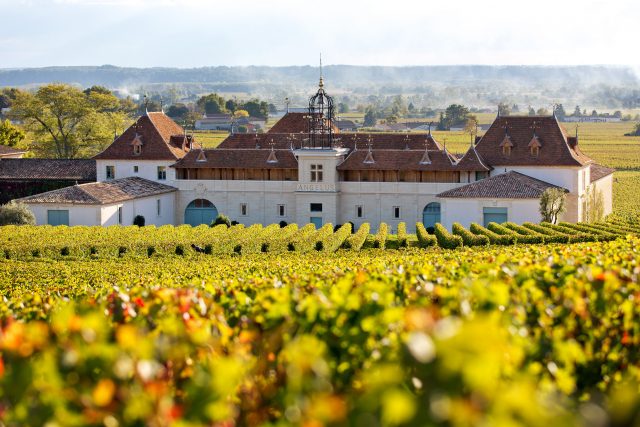 The second wine, Carillon d’Angelus, was also released at €78 p/b.

In at least three recent campaigns there has been at least one major estate that has chosen to release its wine well ahead of the rest.

There are obvious reasons for releasing early, the wine will be in complete isolation, it won’t be lost ‘in the cracks’ as it were (not that Angelus or Palmer would be) so merchants can give it their full attention.

A well-scored wine from a top estate in a good vintage, offering its wine for less than it did the previous year is often enough to make people sit up and take notice.

But there are also problems with it as a tactic too which, perhaps, outweigh the positives. To begin with, following the fire in Notre-Dame yesterday (15 April), attention is rather distracted at the moment.

The other problem with super early releases is often that people are not ready for them. Merchants are still processing their own thoughts on the vintage from the recent tastings, they are discussing and strategising how they intend to approach the coming campaign and what wines they want to focus on. Some are sending small groups back to Bordeaux soon for more tastings.

And then major critics are writing their reports and preparing their scores and while some have released those (James Suckling for example), many have not yet.

Another issue is that, released in isolation many outside of Bordeaux will be wary of what a lone release means in the wider context of the campaign.

Now, Angelus releasing at a lower price than the 2017 strikes an interesting note but is it what others are going to do? (Probably not)

Some may yet be cheaper, some vastly more expensive. Is Angelus worth buying now or is it better to wait until the lie of the land becomes more apparent? As previously discussed, with Brexit now pushed back to October, there’s a possibility that the pound may strengthen over the next month or so. For British buyers therefore, is now a good time to buy expensive claret if sterling is showing signs of strengthening?

From a critical point of view Angelus has done well. Suckling gave it 99-100 points, James Molesworth 95-98 while Jane Anson scored it 98. 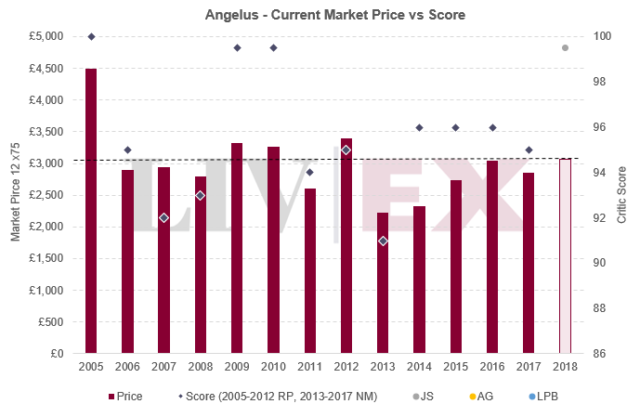 Pitting those scores against Neal Martin’s previous judgements (Martin is going to score the 2018s at a later point this year), the 2018 is more on a par with the 2009 and 2010 vintages and today’s release is cheaper – which is good.

Overall, Liv-ex suggested the price was ‘fair’ and Angelus may very well look like it was ‘sensibly’ priced by the end of the campaign and may sell as a result.

But it’s also all relative and depends on the estate. An estate that is normally cheaper than Angelus could get universal critical praise and raise its prices 9% on last year to (for argument’s sake) £1,800 a dozen and that would potentially make it more appealing than Angelus to the more tactical buyer. You could almost get two cases of our imaginary Château X for the price of one Angelus.

But you wouldn’t if you’ve already spent £3,000 of whatever your primeur war chest is back in mid-April.

In general, therefore, unless a super early release is offering something genuinely unmissable they can end up looking isolated in more ways than one. But offers will no doubt be sent and we shall see if the strategy pays off.