Actor-turned spirits investor Ryan Reynolds has apologised to fellow actors-turned spirits moguls George Clooney and The Rock after selling his gin company for US$610 million. 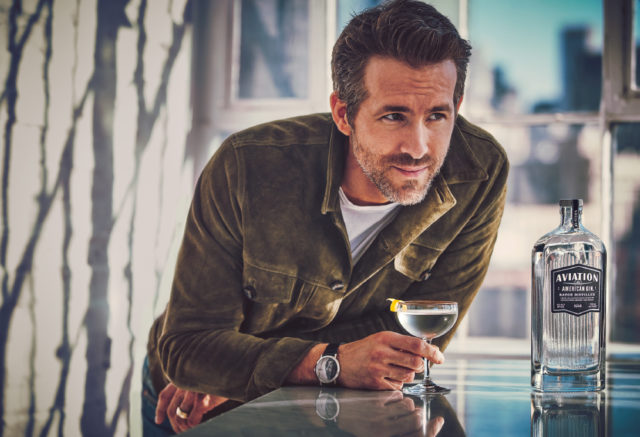 Anyone who tries to email the Deadpool star receives an automated response stating: “Thanks for your email. I am currently out of the office but will still be very hard at work selling Aviation Gin. For quite a long time, it seems.”

Reynolds invested in Aviation and became its brand ambassador in 2018. As part of his work with Davos Brands, he has agreed to an earn-out deal with Diageo which will see the actor remain the public face of the brand for the next 10 years. It involves an initial payment of $335 million, but the spirits group could spend up to $275 million more depending on Aviation’s sales over the next 10 years.

The joke email continues: “I just learned what an ‘earn out’ is… And I’d like to take this opportunity to apologize to everyone I told to go f— themselves in the last 24 hours. My lawyers just explained how long it takes to achieve an ‘earn out’… so… turns out I’m not as George Clooney as I thought.”

Reynolds is referring to Clooney’s Tequila label Casamigos, which was also snapped up by Diageo last year in a deal worth an estimated $1 billion. However, Clooney’s deal was also an earn-out, with the actor and his co-founders set to earn $300 million based on Casamigos’ performance over the next decade.

“To those listed below, I’m sorry… and I’ll indeed be needing your help in the coming months and years. Thanks in advance!”

While Reynolds may be more of a gin person, his alter-ego Deadpool also has skin in the celebrity Tequila game. Reynolds’ character was named “creative director” of Espolòn Tequila – distributed by Campari Group – as part of a deal with 20th Century Fox ahead of the release of Deadpool 2 in May 2018.