The National Trust for Scotland and Speyside distiller The Glenlivet have teamed up on an archaeological and research project to uncover more about the history of illicit distilling. 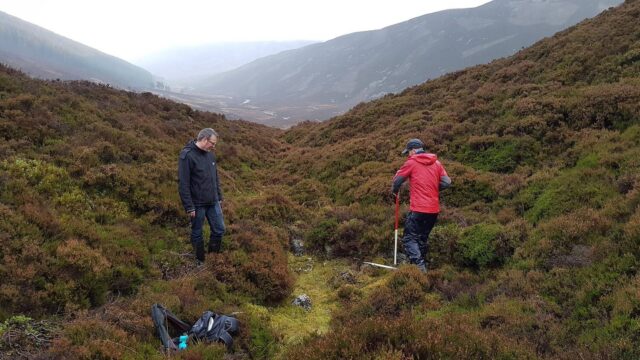 The distillery and the conservation organisation are aiming to shed light on Scotland’s historic illegal whisky trade, an important part of the country’s culture, which they say affected the nature of trade, immigration and even family dynamics.

The project, called Pioneering Spirit, will start with a series of archaeological digs on The Glenlivet site as well as at a number of National Trust for Scotland locations.

The aim is to uncover illicit stills and bothies that were used to smuggle Scotch around the country in the early 1800s.

The National Trust for Scotland estimates that there are 30 stills at its sites, from Torridon and Kintal in the northern Highlands to Grey Mare’s Tail near Moffat in the south of the country. There are believed to be several on the Mar Lodge Estate near The Glenlivet Distillery.

The Glenlivet’s founder, George Smith, started out as an illicit distiller, becoming the first illegal whisky maker to be granted a licence in 1824, following the Excise Act in the previous year.

Miriam Eceolaza, global marketing director of Pernod Ricard’s The Glenlivet, said: “We are proud to be supporting the National Trust for Scotland and the amazing work they do to protect, and celebrate, what makes Scotland unique. As a brand that holds so much history in the distilling of Scotch whisky, we are looking forward to learning more about the illicit trade that our founder was involved in, as well as the lasting impact it has had on the country’s rich heritage. We hope that through this partnership we can continue to educate and inspire whisky drinkers everywhere on the original story and taste of The Glenlivet.”

The project is expected to last one year, with the possibility of being extended. It will also enlist the help of visitors and locals in the search for hidden stills under the guidance of The National Trust for Scotland’s head of archaeology, Derek Alexander, and The Glenlivet’s archivist, Chris Brousseau.

Alexander added: “We’re excited to be partnering with The Glenlivet to launch the Pioneering Spirit project. Our charity is always searching for new ways to tell Scotland’s stories, and this project will help us shed light on a really fascinating era in Scotland’s history, which has shaped our culture and our landscapes too.

“With the goal of sharing the stories behind Scotland’s illicit whisky industry, it’s only fitting we partner with a name that is so firmly part of this story. We’re looking forward to working closely with The Glenlivet to carry out this ground-breaking conservation project and uncovering new and interesting stories for everyone who loves Scotland!”

Despite government efforts to control illegal spirit production, illicit distilling was rife in Scotland from the late 17th century to the early 19th century. In the second half of the 18th century, the government passed legislation that banned unlicensed distilling and prohibited small-scale production. The 1788 Excise Act, for example, outlawed the use of stills with a capacity of less than 100 gallons (450 litres).

However, despite the threat of punishment from excise officers, so-called gaugers, illicit production continued, particularly in the Highlands where many tenants used it to pay rent.

By the 1820s, excise men were confiscating around 14,000 illegal stills every year. At this time, it is believed that over half the whisky consumed in Scotland did not have duty paid on it.

Despite their secretive and illicit nature, some unlawful distillers became renowned for the quality of their spirit. The Glenlivet claims that in August 1822, on a state visit to Scotland, King George IV requested a dram of the then infamous Glenlivet whisky.

A year later, the Excise Act was passed, cutting duty by over 50%, and effectively ending the advantage of illicit distillers over licensed rivals.