The 2019 en primeurs proved entirely unprecedented. Not only did it happen at all but it proved a pacy, (mostly) well priced campaign – but is this the pattern of the future or was it a freakish one-off? 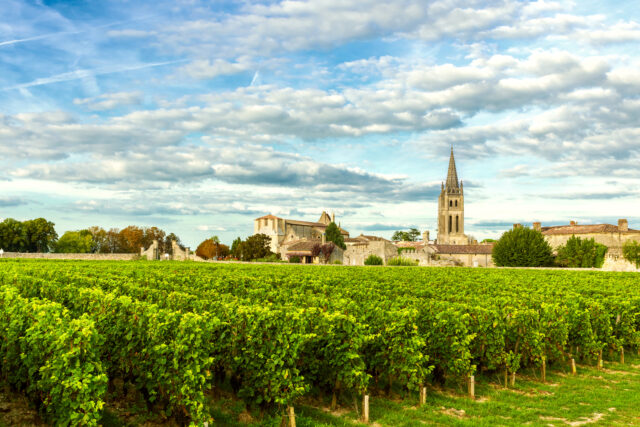 This year’s en primeur campaign was a whirlwind affair, a burst of activity at the height of global lockdown. A process that normally takes from April to July was over in a mere four weeks.

No doubt about it, expectations prior to the campaign were low.

After the success of the 2016 campaign, things bogged down with the 2017s and 2018s, the latter proving very expensive and with critical consensus somewhat split on just how good they really were.

Then, in October 2019, the US imposed its tariffs on various EU products including wines under 14%, political tensions in China and Hong Kong led to faltering Asian demand, there was the looming uncertainty of Brexit and then, to cap it all, a global pandemic swept the globe in early 2020 and key events such as the annual spring tastings in Bordeaux were cancelled.

What was going to happen? We suggested here that this might be an opportunity for Bordeaux to really grasp the nettle.

Why not skip this year’s campaign altogether? With the market apparently largely uninterested in more Bordeaux and the global scene in disarray, here was the chance to shake-up the system and offer the 2019s in the spring of 2021 at the end of their élévage.

To the surprise of many, however, the Union des Grands Crus de Bordeaux decided to push ahead with a campaign regardless, sending out vast numbers of samples to merchants and critics – though many wines ended up being released before their reviews were published in the end.

Many had an inkling beforehand that 2019 had produced a solid crop of wines, possibly even better than the 2018s (making claims to ‘greatness’ swiftly ring hollow once more).

This added another complication to the campaign. Given the price of the 2018s, if the 2019s were ‘better’ surely they’d have to be more expensive and given the overall situation how was that going to play out?

As it happened the result was a substantial subversion of many expectations. Pontet-Canet and Palmer were both early out of the gates with cuts of 31% on the 2018 opening prices.

In the weeks that followed the overall trend was for cuts. Sometimes bigger, sometimes smaller depending on the property.

Some releases didn’t quite hit home as expected, Lafite rather unusually fell a little flat, but others were runaway successes. Mouton Rothschild for example was in such demand with its price cut of 30% that it crashed Liv-ex’s platform on the morning of its release.

Overall, prices dropped 21% versus the 2018s and critical consensus was much more uniform in its praise. Averaging out scores this certainly appears to be a vintage with something of the pedigree of 2016 and 2009.

With price cuts came demand, wines began to sell through, building more demand as merchants warned customers would have to move fast to secure allocations on small releases and the end result was a sense of pace and urgency to buying.

“Marked by its unusual nature, the Bordeaux 2019 campaign navigated the treacherous waters of the global crisis and delivered some attention-grabbing moments,” said Liv-ex in its after-action report.

A success therefore! Well, yes. To a point this was one of the more successful campaigns of recent years, one held against the backdrop of an extremely challenging set of circumstances and the Bordelais are to be commended for making something, anything work as a result.

‘The Magic is Back’ is how Liv-ex titled its report on the campaign and it’s certainly true that many merchants chatting on social media seemed very happy with the results.

But magic, ultimately, is an illusion. Although there were many positives to draw from the campaign there was also much about it that raised further questions about the future of the system.

Let’s quickly examine these starting with the positives.

So as not to be a Negative Nelly let’s acknowledge the good things the campaign achieved. First and foremost was the fact that it happened at all.

The UGCB put in a huge effort to organise and send out samples around the world and the châteaux themselves saw what was needed in order to sell the wines – cuts – and made them happen, often far beyond expectations.

A number of estates that have been building up a lot of goodwill among the trade and collectors over recent campaigns maintained that positivity.

In a fast-paced few weeks wines were got out the door and sold through the system, exactly as it should be.

Stephen Browett at Farr Vintners noted that while demand was a little slow at first, “as customers saw the great reviews and scores and also the price reductions it increased rapidly. More wines sold out quickly than we have seen in any other campaign in recent years.”

Many merchants noted wines such as Lynch-Bages, Grand Puy Lacoste, Leoville Barton, Pichon Lalande and Clinet were high on buyers’ list of demands.

It’s a telling fact, as Liv-ex noted, that a secondary market for the wines has sprung up already and at the end of July trade was up 400% on the 2018 vintage at the same time last year.

Overall this was a campaign that easily surpassed expectations, Browett said that even while it was still going on sales were better than the previous two vintages.

That said, while sales were positive in many quarters, this campaign compounded a problem already seen in others – ever smaller volumes.

The Bordelais taketh away…

Price cuts may have been one big positive to the campaign but the on-going slashing of volumes released en primeur was a big problem.

For several years now estates have been slowing cutting off supplies to the market, keeping back ever increasing stocks in their cellars for future ex-château tranches.

This created a strange situation whereby what Liv-ex described as ‘part-time’ en primeur players saw big booms in their volume and value sales, more established merchants sometimes saw their sales drop as both the price cuts and amount of wine there was to sell had been so severely cut.

The Bordelais may have cut their prices hard but they did the same with what they released.

Château Lafite for example cut its release volumes by 50% versus last year and Palmer is estimated to have done something similar; Cheval Blanc and Figeac dropped their release volumes by 30%, Pichon lalande by 25%, Mouton, Lynch Bages, Léoville Barton, Cos d’Estournel and Conseillante all by 20% – and this was a decent sized vintage too.

And many of those were popular, in-demand wines many more cases of which could have been sold if stock were available and merchants generally reported they were selling to established and returning en primeur customers rather than developing many new ones.

The pace of the campaign certainly helped the sales atmosphere but like a flashy movie that jumps from set-piece spectacular to the next, it doesn’t always leave you time to consider just what is going on or how good a thing it really is.

As in previous years, avalanches of releases every day have a tendency to mean merchants have to cherry-pick what they’re going to focus on, tending to go for the most established names.

This meant it was once again a very narrow campaign focused around a core of 30 or so top estates for many and with prices and volumes cut this likewise put the breaks on opportunities for further and more impressive trade and means that stock that did not get into the system is sitting in Bordeaux on the balance sheets of négoce.

Ultimately, it can be argued that despite the positive headlines this campaign has not created a new paradigm for en primeur but in many ways has entrenched existing problems not least the question of stock overhang.

The 2019 prices may have been enticing but, as Liv-exs Justin Gibbs asked the drinks business, how far can those prices rise now given market awareness of how much stock is still sitting in cellars across the Gironde?

There’s also the question of what happens next year? The months are slipping by and taking us ever closer to the 2020 harvest. There has been no dramatic news out of the region to suggest anything seriously amiss with the crop. Will it be another large vintage? Another great one?

If it’s not as good as 2019 will prices go down again? If it’s better by how much will they go up? It seems highly antithetical to so often be on the Bordelais’ case over price and then start to question price cuts.

The question is whether one believes the price cuts have created a new level in Bordeaux or if you see them as a smart, well-judged but ultimately one-off policy in unprecedented times?

Has the 2019 campaign really done enough to turn around the gently listing ship of en primeur or was it just rearranging the deckchairs again?

As Liv-ex concluded in its report: “The adaptability and innovation of the Bordelais during this global crisis deserves to be applauded. There is a willing market out there ready for the magic of Bordeaux – the producers simply need to grab the opportunity.”

In the warm glow of this campaign, which has done the market a lot of good it must be said especially in such a topsy-turvy year, we’ve declared the ‘magic’ is back but will we be left resigned to the fact it’s merely ‘business as usual’ next summer?

Bordeaux 2019: The ‘miracle’ vintage meets the market from hell