With news that the Californian wine industry could stand to lose US$4.2 billion this year, on a positive note, WineAmerica has said the rise in off-premise and direct-to-consumer sales is “more than making up for the loss of restaurant sales”. 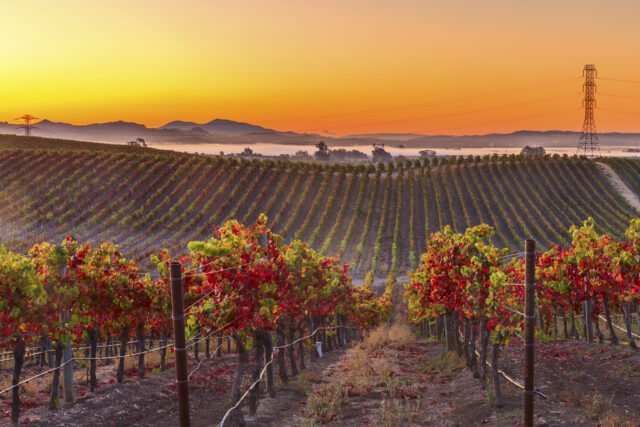 In his latest bulletin, using data from Nielsen, Jim Trezise, president of industry body WineAmerica, said the situation was “not all bleak”.

A study published by Sonoma State University last month, however, paints a grim picture. Extrapolating data from April 2020, the study found that the Californian wine industry could directly lose US$4.2 billion this year, with indirect losses to the Californian economy totaling US$9.6 billion. Trezise warned that as the data was from April, the actual impact “may well be greater”.

He noted that while California was quick to enforce a lockdown, the recently imposed second closure of winery tasting rooms and indoor dining in the state could have a wider impact on the American wine industry.

However, he noted that Californian wine also represents a large proportion of off-premise and direct-to-consumer sales, which have risen some 27.6% during the Covid period, compared with last year. In the week ending 4 July, spending on wine in American households rose by 11%.

This, he said, was “more than making up for the loss of restaurant sales and some of the tasting room business”.

California governor Gavin Newsom announced the closure of indoor winery tasting rooms, indoor restaurants, pubs and bars in Napa County on 9 July. Such venues were ordered to remain closed until 30 July, but may have to shut for longer. On 13 July he extended the restrictions state-wide. Outdoor seating is still allowed.

It follows a phased reopening across different counties within the state in June.

Trezise said the on-trade sector had been on “a roller coaster ride”, but added that in some parts of the country, for example New York, there was growth, due to the proliferation of outdoor dining on newly pedestrianised streets.

WineAmerica is currently campaigning for additional support in the US government’s fourth Covid-19 stimulus package, reportedly due to be passed this week.

The industry body, together with the California Congressional delegation, has also petitioned the United States Department of Agriculture to ensure wine grapes are among the crops eligible for disaster relief.

AMERICAN WINERIES LOSE $40M IN MARCH DUE TO COVID-19