db reader: What are the best vintages of Chianti Classico? 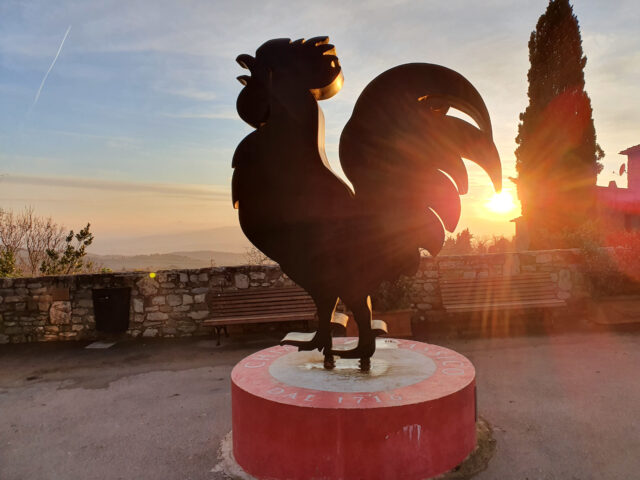 To make informed purchasing decisions, many sommeliers and private collectors interested in Chianti Classico are naturally keen to know about the differences in vintages. Chianti Classico has two premium tiers, Riserva and Gran Selezione, that are only made in the best years.

As a quick recap, Chianti Classico is a small winemaking region sandwiched between Sienna and Florence. It stretches over the mountains in the heartland of Tuscany, at altitudes of 400-600 metres above sea level. In 1996 the status of the Chianti Classico denomination was elevated to DOCG (Denominazione di Origine Controllata e Garantita), which is the highest quality level in Italy.

Chianti Classico is primarily made from the Sangiovese grape. Thanks to the higher elevation, its wines are thought to be more elegant with concentrated aromas of cherry, raspberry, chocolate and hazelnut. This differentiates the premium reds of Classico from the general Chianti, which covers a wide range of areas in Tuscany and is known for aromas of red fruits with notes of earthiness.

In the last five years, 2016 and 2018 were the most favourable for Chianti Classico. In these years the grapes achieved the best balance between complexity of aromas, power and richness.

In contrast, 2014 and 2015 were difficult years for Chianti Classico. In 2014, the growing season was affected by heavy rain showers and winds. Growers had to hire extra workers and toil on extended schedules to manage the consequences of the rain. The grapes struggled to ripen, and by August the outlook was grim. But the warm and sunny September and October helped the grapes to ripen well. Growers pushed the harvest to the second half of October, and a few wineries managed to produce excellent wines.

An example of Chianti Classico from the 2014 vintage is a Gran Selezione wine “Vigna Il Corno”. Produced in a high-latitude vineyard in the village of Radda in Chianti, the 2014 and 2015 vintages received the highest award of “Three Glasses” from Gambero Rosso. This award is only given to the best 450 wines in the whole of Italy. In addition, the 2014 vintage of Vigna Il Corno lifted the Decanter Gold Medal.

2015 was a good vintage that produced structured and powerful wines. But that year was quite hot, and in the lower vineyards (at 400-500 metres above sea level) the acidity was not as high as usual. The vineyards at higher altitudes (500-600 metres), which benefit from cooler air, produced an excellent harvest with good acidity — important for long ageing. Another example of the 2015 vintage is a Riserva wine from Castellina in Chianti, produced in the heart of the Chianti Classico area at an altitude of 570 metres. This Riserva was highlighted by renowned independent expert James Suckling who gave this wine a 93/100 score.

In 2017 the hard weather conditions reduced the yield by 27% to the lowest level in the last forty years. The region was hit with frosts in April, followed by a dry and hot summer with virtually no rain after May. But despite the much lower quantity, the quality of the 2017 vintage was much greater than expected.

Independent Wine does not yet sell the 2019 vintage, because the wines are still through the mandatory ageing. But winemakers of Chianti Classico consider that it was a strong vintage, possibly next to 2018 in quality, thanks to the good balance between the primary aromas and acidity. Both years were good for viticulture, and the grapes were neither stressed by rain nor hot weather.

Understanding the quality of the wine from different vintages is certainly important for our readers. We hope that both private collectors and sommeliers found this article full of useful advice to consider when buying this wine.