What the coronavirus lockdowns will mean for wine retailing long term

Lockdowns and social distancing measures have driven wine consumers into the open arms of web-based retail, but what is the long term outlook for the already beleaguered high street drinks business? 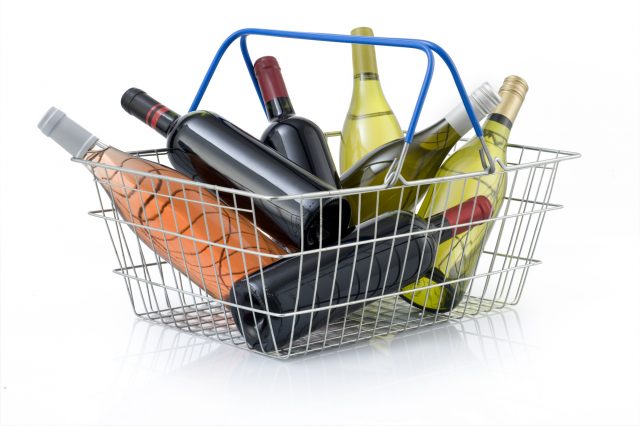 As db has been reporting on an almost daily basis, the current constraints caused by the spread of Covid-19 have had a remarkable and almost immediate affect on shopping habits around the world.

Initial fears of impending lockdowns fuelled stockpiling by consumers, particularly in the UK, who moved from panic-buying of non-perishable foods such as rice and pasta, to lavatory roll, medicines, and then to wine.

But, with consumers facing long queues to enter major retailers, and, on arrival, often empty shelves, or limits on the amount they could purchase, it wasn’t long before they began searching for alternative sources of the items they craved.

For drinkers, this meant turning towards local, often well-stocked specialist retailers, whether these be chains (such as such Majestic in the UK or Total Wine in the US) or independent wine merchants, and, when some of these closed due to staffing issues, to wine retailing websites, above all those operators who could deliver, and without long delays.

This also included wine producers who were set up to sell wine directly, as well as some wholesalers who were able to make the switch from selling to the trade to supplying wine direct to consumers at home. A similar move has been made by some restaurants too, who have been selling prized labels from their lists to wine-loving diners now stuck indoors.

Examples of all these trends can be seen in our news, with, for example in the UK, Majestic experiencing a surge in online wine orders big enough to bring down its website, or Berry Bros & Rudd experiencing its biggest single day of web-based sales ever in its history – and this historic UK wine merchant was one of the first to seriously invest in digital drinks retailing.

As for direct wine sales, as our reporting on the English wine industry has shown, estates from Kent to Sussex and further afield have seen a huge increase in online orders.

Elsewhere, notably in the US, wine app Vivino has experienced a massive fillip to its online wine retailing business – even though it’s best known as a wine rating service – seeing its biggest ever single day of sales on March 13, a time when it became clear that president Donald Trump would have to impose lockdown measures on the nation.

Californian wineries, many of whom have been longtime leaders in direct-to-consumer wine retailing, have also witnessed a massive growth in online ordering since the covid-19 lockdowns began.

For example, according to Forbes, famous Russian River producer Gary Farrell Winery saw sales in the second half of March leap by 800% compared to the first half of the same month, and rise 500% on the same time in 2019.

It has also been apparent that not only are such wine retailers benefitting from the fact consumers aren’t able to drink in restaurants and bars, creating a massive and sudden switch from on-premise to off-trade wine sales, but also the fact that the lockdowns are giving people more money in the short term, because they aren’t having to fund the costs of a daily commute, or pleasures such as going out, whether it is to a restaurant, theatre or indeed any form of entertainment.

Further boosting at-home online wine sales has been the mood-enhancing effect of drinking – needed more than ever in the current environment – as well as the social aspect; yes, this is true even in times of self-isolation with virtual meetings possible through apps such as Houseparty, which in turn, requires people to switch to e-commerce to supply them for these online ‘gatherings’.

Such changes provide an explanation why the online wine business has leapt during the coronavirus lockdown from something of a digital laggard to one of the most sought-after product categories sold through cyberspace.

But the big question for the drinks trade, is what about bricks and mortar retailing? Will it bounce back once the pandemic subsides?

My feeling is that there will be some element of a recovery, but now so many have realised the ease of buying wine online and having it delivered, they are unlike to abandon the service.

After all, high street wine retailing was already suffering, partly due to the might of the multiple retailers – it’s simply more convenient for consumers to buy wine with the weekly shop in a supermarket – but also due to growing web-based drinks businesses, which offer the relative ease of finding what you want through online search tools, and the convenience of having it dropped off at your door.

However, there are two challenges for web-based drinks retailing.

The first concerns the interaction with a ‘expert’ sales assistant to help you find what you want, although this can be overcome in the digital sphere in a number of ways through chatbots and so on.

The second is insurmountable – and that is the chance to taste the wine before you buy it. You simply can’t do this through a website, and even a clear, detailed tasting note can’t replace the act of trying it for yourself.

And this is why I believe that the lockdowns will accelerate a trend already being seen in serious specialist wine retailers, and that is providing shoppers a chance to taste the product in-store.

Indeed, such a tasting service could be the only way to justify the high costs of operating a bricks and mortar wine retailing business, and the primary draw for drinkers.

And thankfully, the technology for making such a trial-before-you-buy service affordable for these retail businesses is improving all the time – led by a wine access solution such as Coravin, although other drinks preservation technology is of course available.

In short, the wine bar and wine retailer will become close brothers, not second cousins, after the Covid-19 lockdowns come to an end.

Meanwhile, the move by consumers to buying wine online will continue, having been catalysed by the pandemic, taking this retail stream from a relative niche, and by-the-case only business, to the preferred manner to buy wine.