Since the UK’s coronavirus lockdown began – causing the shuttering of all bars, pubs and restaurants – wine buying in retailers has been “Christmas-like in its intensity”, according to one major importer. 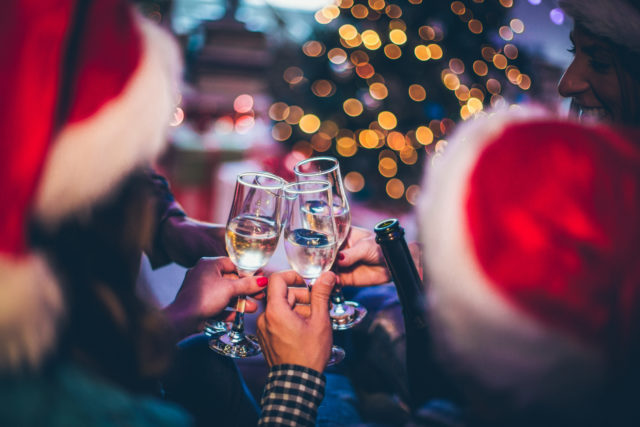 Describing this sudden surge in consumer spending on wine since 23 March, when the British government introduced a series of measures to attempt to minimise the spread of Covid-19, was Andrew Hawes, chairman of the country’s Champagne Agents Association, and MD of Mentzendorff – the importer for Bollinger Champagne and a range of wines in the UK.

Acknowledging the absence of orders for any drinks from a closed down on-trade in the UK – at the government’s request – he spoke to db on Thursday 2 April about a spike in demand for wine sold through supermarkets, merchants and in particularly now, online drinks specialists, saying that “the shift is incredible in channel performance.”

After UK pubs, bars, hotels and restaurants were ordered to stop serving customers, Hawes recorded “really dramatic upturns in the multiples in physical stores,” saying it was “almost Christmas-like in the intensity.”

However, he said, “That’s now changed with the social distancing policies that retailers have put in place, and now we are seeing a real uplift in online sales.”

Meanwhile, the independents have gone through “a really interesting cycle – from initially being very busy to then quite a lot closing, to now many of them becoming really busy with home deliveries, and just today, a few establishments opening again, because they feel comfortable serving customers with social distancing in place.”

As for the fine wine brokers, although they have always “been remote”, “a number of big releases have been postponed”, and, while they are continuing to sell, “it is more drinking wines than investment releases,” according to Hawes.

Considering his position in the drinks trade, he began the discussion with db last week by reporting on the impact of the pandemic on Champagne specifically, in which he recorded a switch from booming times to a sudden decline – and you can read more about that here.

But he also said that, “A point comes when a good bottle of white Burgundy might be purchased in place of a good Champagne,” suggesting that consumers who have the disposable income to enjoy fine sparkling wines will spend their money elsewhere because they don’t have a reason to celebrate or at least don’t want to be seen to be celebrating during the pandemic.

“At the moment – the feedback I’m getting from the market – whether it’s the fine wine merchants, or Majestic and the indies – is that people are spending, but it’s Burgundy and Rioja that people are buying for at-home drinking,” he commented.

While he’s confident of a recovery for Champagne, the on-trade, and the wider economy, he doesn’t expect a sudden turnaround as soon as the health fear from Covid-19 subsides.

“It’s important to remember that before this happened, the economy was in good shape; we had low unemployment, and the drinks market was going pretty well – so this is a health crisis not an economic cycle crisis,” he said.

Continuing, he remarked, “So it all depends on how the government and banking sector manages its support for businesses in terms of cash flow, because the better that can be managed, the more chance we have of a bounce back.”

He then asked rhetorically, “The demand from the consumer is there, but is the business infrastructure going to be in place to satisfy that demand?”

Finally, he commented, “But having said that, there can’t be an expectation of an immediate bounce back.. there isn’t going to be a quick return, there will be a new normal, which will be a pretty disrupted one.”

“It will be disrupted in terms of behaviour; it won’t be a sudden flick of a switch and – whether it’s people going back into the on-trade, indie specialists, or supermarkets – it will be some time before people are jostling against each other in busy aisles.”

CHAMPAGNE MARKET IN UK ‘EVEN MORE BUOYANT THAN EXPECTED’ DURING 2019