UK wine retailer Majestic’s website crashed on Saturday afternoon and is still offline following “unprecedented demand”, as the retailer announced it is temporarily shutting its shops until Tuesday in order to give its staff respite and enable it to restock. 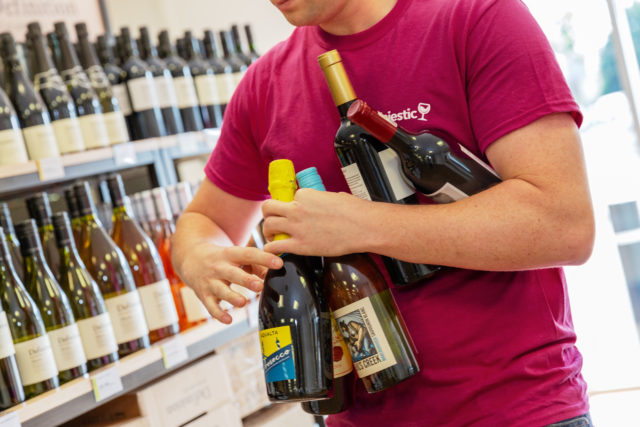 In a note on its website posted early on Saturday afternoon (21 March), the retailer said it was experiencing exceptional demand across its website and as a result its site was unavailable. It said demand in stores was also very high and it had therefore introduced some restrictions to its usual trading in some locations – although it did not specify what these were.

It reassured consumers that it had “large volumes of stock and extra resources arriving in stores in the coming days”.

Update: However, within 24 hours, with the website still down, the retailer announced it would be shutting all its stores on Sunday and would only be available for click and collect on Monday, returning to business as usual on Tuesday.

The retailer took to Instagram at 9.30 on Sunday morning (22 March) to reassure customers that it had “plenty of wine, people and vans for the coming weeks” and thank them for their support, but to say that it was shutting stores temporarily.

“To allow our hard working staff some respite, we have taken the decision to close all Majestic stores on Sunday, and open for click & collect only on Monday,” it said, before adding that its “200 wine warehouses across Britain would be back open as usual from Tuesday.”

“We are working incredibly hard to make sure that, despite a deeply challenging environment, we are ready to face whatever the coming weeks throw at us.”

It confirmed it was still delivering 7-days a week but added that there was “a backlog to get through” and it was unsure of the timescale to get the website back up and running.

Last Tuesday, the retailer reported that demand for delivery had tripled in the space of a week but said there was a series of continuity plans in place to deal with further increase in demand for online or phone delivery.

Specialist wine retailers have reported huge spiked in demand online, as the stockpiling due to the Covid-19 lockdown looks likely to starts to hit the BWS aisles.

Last week Naked Wines announced that it would not be taking any orders “for the time being” due to a spike in demand, as specialist wine retailers including The Wine Society, Wiltshire-based Yapp Bros and Berry Bros reported surges in transactions online, the latter seeing month-to-date sales up 40% and gross profit up 51% year-on-year.