One billion litres of wine at risk in Europe, MEP says

MEP Eric Andrieu has warned that one billion litres of wine made in Europe could disappear due to a lack of storage after the closure of bars, restaurants and shops across the continent, and a fall in exports, has led to a surplus. 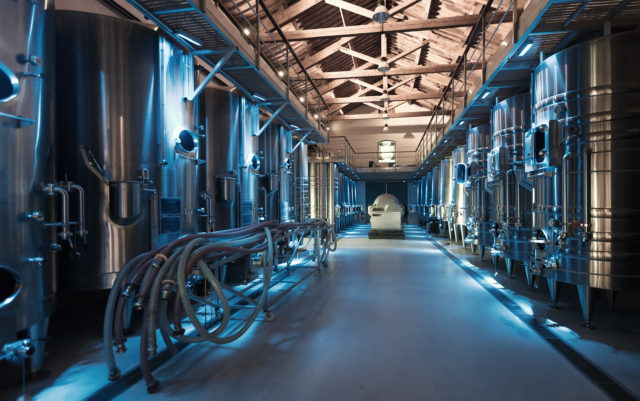 Andrieu has called on the European Commission to intervene, stating that the situation could have “serious repercussions” on employment, particularly among smaller businesses.

The Comité Européen des Entreprises Vins (CEEV) has released a statement in which it notes that wine producers in many European countries have reported logistical challenges and a fall in sales. Due to the additional health and safety measures required, production facilities are operating at slower speeds and some have “closed down altogether”.

Jean-Marie Barillère, President of CEEV, said: “With the HoReCa (Hotels, Restaurants, Cafés) channel closed almost everywhere, we estimate that a 30% in volume and 50% in value of the EU wine market is locked. In addition, and after some signs of stockpiling in early March, sales went down again in supermarkets at the end of the month, reinforcing the negative trend of the wine market.

“Considering the partial dismantling of the HoReCa sector, the impact on tourism and the possible collapse of some wine importers and distributors, we should all understand that what we are facing is no short-term crisis. It will take time and require investments to recover wine markets.”

The CEEV has stated that all of its members, which account for over 90% of European wine exports, reported a fall in exports since January.

The industry body has put together an emergency plan called the Covid-19 Wine Package, which includes measures to bolster company finances as well as recover and rebuild the market.

Ignacio Sánchez Recarte, secretary general of the CEEV, said: “As a first measure, it will be critical that the Commission authorises a “freeze” on economic resources not used under the wine National Support Programmes for the financial year 2019/2020 in order to keep them available for Member States until the financial year 2022/2023 to help the sector recover.”

“To support the recovery of wine markets, we ask for further flexibility for promotional programmes, a temporary reduced VAT for wine products, and the adoption of a modern framework for distance selling. To revitalise the sector, legal changes are needed to energise the aromatised wine products category and the creation of the non-alcohol and low-alcohol wine categories”.

“It is critical that the wine sector recovers on export markets. For this, a quick resolution of the commercial dispute with the USA is needed as well as further efforts to gain access to other markets.”

The CEEV said that if a surplus remains, the EU should, “only if necessary”, contribute payments for ‘crisis distillation’.

Earlier this month, Andrieu stated that it was “imperative” that surplus wine be distilled rather than lost. He noted that many European producers had seen a fall in exports to the US due to a government-imposed tariff, implemented in retaliation for subsidies paid to Airbus.

Moreover, he said that due to Covid-19, China and Singapore, followed by the rest of Asia, closed its borders, and in some cases, containers of wine were returned in transit. This was followed by the later lockdown in Europe.

He noted that this wine, due for export or for sale in restaurants, has in many cases been left in tanks, meaning there is a shortage in storage for the 2020 harvest, due to be collected in a few months’ time.

In France, he proposed that winemakers should be paid 80 cents per litre of wine they distill. He said that the European Commission should pay 35 cents out of the total 80.

He added: “Distillation is an alternative, certainly less remunerative than the sale of wine, but one which will allow wine growers to get by and to be able to also harvest in 2020. What is more, the alcohol produced can be used in many sectors, for example for the manufacture of hydroalcoholic gel.”

He advised that the proposed ‘crisis distillation’ should be spread between June and August.

According to The Times, the scheme has received the backing of the French, Italian and Spanish governments, which have asked the EU to approve the distillation programme.