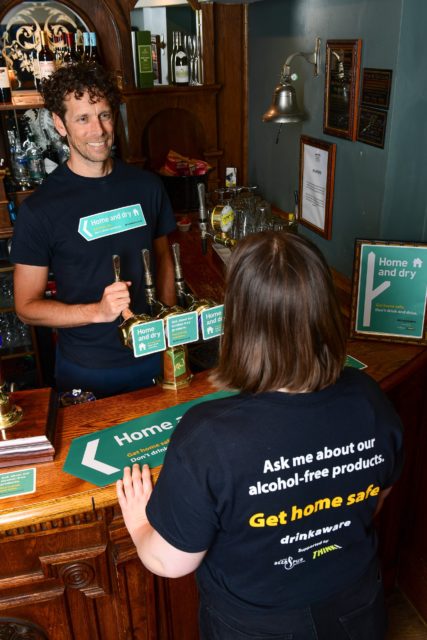 The new campaign, called ‘Home and Dry’, is focused on drinkers in the on-trade and was developed using feedback from on-trade operators and independent pubs and bars and is being supported by The British Beer & Pub Association an the Department of Transport’s ‘THINK!’ initiative.

The point of the campaign is designed to encourage drivers to go alcohol-free and support venues in order to achieve this.

On-trade operators can also download digital material to use on their social media channels.

Mark Chandler, director of marketing & partnerships activation at Drinkaware said: “We’re delighted to be launching Home and dry, a campaign that has wide support from operators as an effective way of helping them to raise awareness of the risks of drinking and driving.

“The campaign’s message is a positive one about encouraging people to choose alcohol-free drinks options if they are driving.

“Encouraging customers to go alcohol-free is easy in today’s on-trade, where the choice of alcohol alternatives has never been better. Drivers can enjoy a wide range of alcohol-free beers, ciders, wines or spirits, and get home safe at the end of the night.”

The Department of Transport’s figures from 2018 show that around 240 people were killed on UK roads as a result of drink driving (with at least one driver over the limit). The full figures will be released this August.