Why Pays d’Oc should be on your radar

Each year since 2007, producers across the Pays d’Oc IGP vineyards have submitted their wines to a panel of judges to be assessed for their merits as ambassadors for the label. 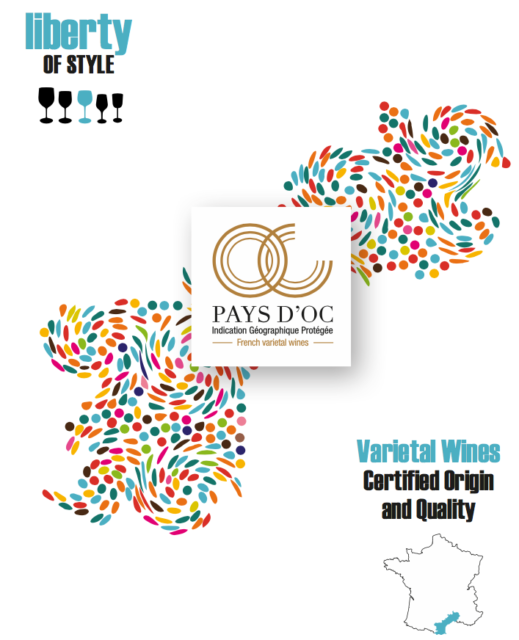 This year saw their best performance yet, with 53 wines making the cut, compared to half this figure last year.

While single varietal wines made with French grapes from Chardonnay to Cabernet Sauvignon dominated the list, what struck the judges was the diversity the entries offered in terms of style. They ranged from whites exhibiting candied lemon and stony citrus fruit, such as Laurent Miquel’s Solas Albariño from vineyards in the Pyrenees, to Sentier du Sud’s creamy saline Colombard, to the rich intensity of Domaine d’Aigues Belles’ Rolle.

The ‘Collection’ is a good indication of what the Pays d’Oc does best, an IGP created to be France’s largest source of quality varietal wines, but also home to the nation’s most innovative blends, sourced across a vast area: the Languedoc-Roussillon, the source of Pays d’Oc IGP wines, covers 240,000 hectares – twice the size of Bordeaux.

This year’s selection, of which 39 were single variety wines, nine blends of two varieties and five in bigger blends, “clearly reflected the importance of varietal-labelled wines under Pays d’Oc IGP” according to writer and judge Elizabeth Gabay MW.

Diversity was shown not just in winemaking style, but also in the grapes themselves. Almost 30 different varieties, out of the 58 permitted, were represented. Reds and roses were made with grapes such as Alicante, Cabernet Franc, Cabernet Sauvignon, Carignan, Cinsault, Grenache, Malbec, Mourvèdre, Petit Verdot, Pinot Noir and Syrah, while whites derived from Albariño, Chardonnay, Colombard, Gewurztraminer, Sauvignon Blanc, Rolle, Viognier and two gris varieties: Grenache Gris and Sauvignon Gris, also shone in the blind tasting, providing unique wines for consumers at every price point.

Dominique Laporte, France’s 2004 Best Sommelier and Best Craftsman, president of the Grand Jury, said the 2019 collection “represents perfectly the eclecticism of Pays d’Oc IGP wines with its diversity of grape varieties and climatic zones highlighting the treasures that the region provides, sublimated by the work of the wine growers.”