The president of the Prosecco Consortium has said Italian fizz “must be protected” in trade agreements, after the Australian government hinted it will build a case against the use of Geographic Indications (GIs) in FTAs. 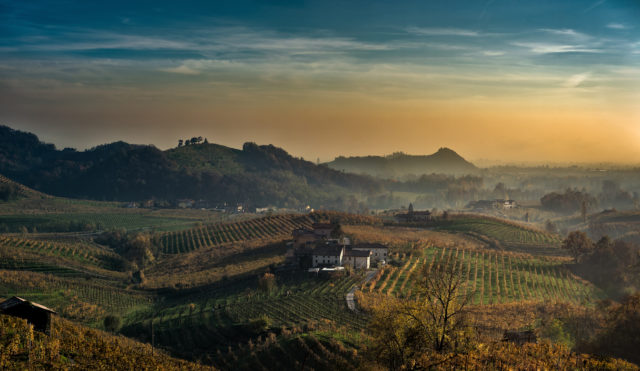 Innocente Nardi, president of the Consortium for the Protection of Conegliano Valdobbiadene Prosecco DOCG, told the drinks business yesterday that “the authenticity of our product must be protected and guaranteed,” as the Australian government is building a case against that would allow winemakers to make and sell their own version of Prosecco as part of a free trade agreement with the EU.

Lawmakers announced plans to give AU$100,000 to researchers at Monash University this week to “explore the legal basis” for protecting wines with Geographic Indications (GIs) in trade agreements.

Researchers at Monash believe that enforcing a Geographic Indication (GI) for Prosecco would go against World Trade Organisation rules.

“If Prosecco is the name of a grape variety and not a geographical indication, the prohibition of its use in trademarks on Australian Prosecco would be likely to contravene Article 20 of the TRIPS Agreement, and Article 2.1 of the Technical Barriers to Trade Agreement,” Professor Davison, one of the researchers leading the project, said.

Australia’s own Prosecco exports are worth $60 million annually and are predicted to rise to $500 million over the next decade, according to Monash University.

However, Nardi told the drinks business that the Prosecco region is already regarded as a place of natural beauty and cultural heritage, which justify’s the Italian government’s desire to protect its sparkling wine exports.

“Our denomination has over fifty years of history,” Nardi told db, “and it is thanks to the know-how of the producers and the vocation of the territory that this product has been able to achieve international success. T

He added that Prosecco’s “uniqueness” as an Italian product is “testified by the recent recognition of the Prosecco hills of Conegliano Valdobbiadene as a UNESCO World Heritage Site.”

Update: Tony Battaglene, the chief executive of trade body Australian Grape & Wine, told the drinks business he was “surprised” by the reaction to the funding announcement.

Battaglene said the country’s producers “maintain our right to use the grape variety,” adding the research at Monash University “will benefit both European and Australian producers.”

“We recognise the natural beauty of the Conegliano Valdobbiadene region and understand the fine wines produced there from Prosecco gapes,” he said.

“However, we maintain our right to use the grape variety. We also have a well established and effective system for protecting Geographical Indications, and the regional diversity and variety of wines produced by our 3000 winemakers have contributed greatly to the international fine wine picture.

“The Italians and Australians are well placed to work together to bring quality Prosecco to the world and should be working together.”