The identity and location of Captain Jean-Luc Picard’s vineyard in the latest Star Trek series has been revealed – with a Californian winery standing in for what is supposed to be Burgundy. 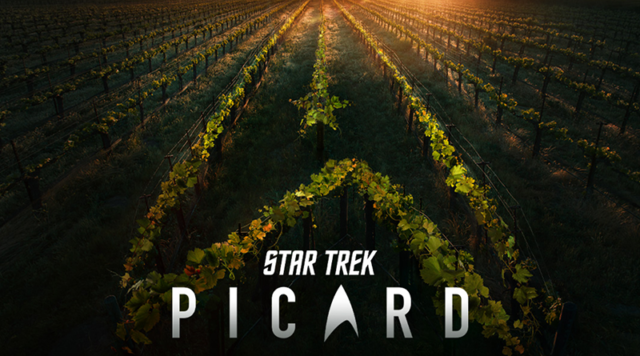 Enjoying its premier last week, the new Star Trek series had a surprisingly wine-centric focus when the teaser adverts were released last year.

As the drinks business noted at the time, it was revealed in the trailers (and even the marketing promotions) that the start of the Star Trek: Picard series takes place in Burgundy, where former Starfleet officer Jean-Luc Picard (played by Patrick Stewart) has retired to his family domain to make wine.

The family vineyard even made a couple of appearances during the ‘Next Generation’ series from 1987-1994.

Although meant to be located in La Barre – which is a real commune in Bourgogne-Franche-Comté – viewers may have twigged that the vine training and low density vineyard being depicted looked rather more Californian than French and, indeed, it is the case.

Time and budget constraints mean that film and television shows routinely use locations that are nowhere near where they are meant to be. The exterior shots for the long-running show MASH for example were filmed in Malibu not Korea. Exactly which vineyard was chosen as a stand-in for ‘Château Picard’, however, has remained under wraps until now.

Wine Spectator reported late last week that the vineyard is in fact Sunstone in the Santa Ynez Valley.

The villa on the property includes architectural features and materials from the south of France.

Filming took place for one week in April 2019 and a nondisclosure agreement meant the winery had to keep schtum about its involvement until the series aired.

Now that it has, local – and not so local – Trekkies are more than welcome to visit, Moser added.

‘Château Picard’ itself actually has three iterations in connection to the Star Trek universe. While supposedly located in Burgundy and represented in the series by a Californian winery, there is a real Château Picard located in Saint-Estèphe in Bordeaux.

Furthermore, the producers of Star Trek and the château-owners, négociant business Mähler-Besse, have collaborated on an ‘official’ Star Trek: Picard wine. All of which might prove a little head-scratching for those not very well versed in wine.