The story of tea 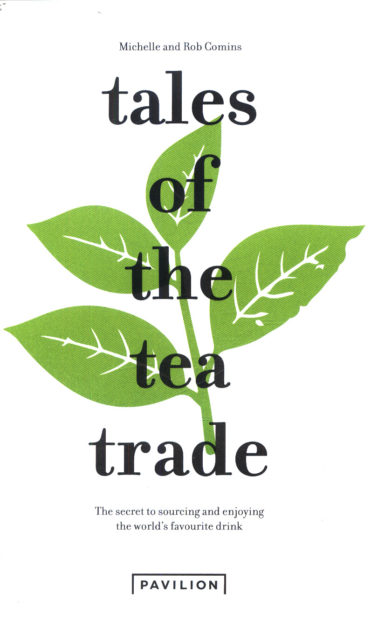 All true teas are made from a species of evergreen shrub called Camellia sinensis. The different types of tea we know today arise only from the different processes applied to the leaf once it’s picked. The bushes cultivated today are descendants of wild tea trees known to have grown in one giant primeval tea jungle that covered an area including what is now Thailand, East Mayanmar, Yunnan, northern Vietnam and India over 50 million years ago.

According to legend, the discovery of tea occurred around 4,750 years ago in southwestern China. Like many events in ancient China, it is surrounded by mythical tales. This one concerns the Chinese Emperor Shennong in 2737 BC. Shennong, who was named the ‘Divine Farmer’ or the ‘Emperor of the Five Grains’, was said to be a skilled ruler and herbalist who travelled the country discovering new types of herbs and plants, tasting them and noting the effects.

There are many versions of Shennong’s initial encounter with tea, the most common being that one day, while boiling water, a leaf from an overhanging wild tea tree drifted into his pot. Shennong enjoyed the unusual delicious flavour and felt refreshed.

In other versions of the story, he has a crystal stomach into which he could look to analyze the effects of the herbs he tasted. A more dramatic version has Shennong lying on the ground near to death, poisoned from tasting too many toxic herbs and plants, when a leaf drifts down from a tea tree into his mouth, reviving him. Whether or not any of these things happened, the symbolism of each story certainly rings true.

In reality it’s most likely that the tea plant was discovered many thousands of years earlier by indigenous tribes who would not have legends recounted about them. The Shennong legend may mark a point when the tea plant’s use became recognized by the richer classes. Its properties would have been realized and documented, and in turn, its usage spread further afield.

There is another popular legend about the origin of the leaf from around 526 BC, when an Indian monk called Dharma travelled to China to spread the message of Buddhism. It is said that he meditated for many years without sleep, but one day, in a temple in Honan province, he became drowsy and fell asleep.

When he awoke he was so disgusted with himself that he tore off his eyelids and threw them to the floor, where they miraculously grew into a tea bush, the leaf shape mimicking the shape of the eyelid. Another less gruesome tale describes how by chance he chewed the leaves from what turned out to be a tea bush, allowing him to stay awake to meditate.

What these tales show is that from the very beginning, tea had a profound effect on the people who encountered it. These unique qualities ensured its initial expansion across China and ultimately the world. Today, tea is currently grown in 62 countries and is second only to water as the most consumed beverage.

In later chapters we look at the history of tea cultivation in just a handful of these countries – those we currently purchase tea from – to give a snapshot of the stories behind the drink. Religion, trade and politics all have their parts to play, creating a fascinating history that can only be touched upon in this book.

Taken from Tales of the Tea Trade by Michelle and Rob Comins. Published by Pavilion Books, £16.99

Tales of the Tea Trade has been shortlisted for the André Simon Food & Drink Awards 2019.

Founded in 1978, the André Simon Food & Drink Book Awards are the only awards in the UK to exclusively recognise the achievements of food and drink writers and are the longest continuous running awards of their kind. The first two awards were given to Elizabeth David and Rosemary Hume for their outstanding contribution in the fields of food and cooking. Other winners include Michel Roux, Hugh Fearnley-Whittingstall, Nigel Slater, Rick Stein, Hugh Johnson and Oz Clarke. andresimon.co.uk/