Selling alcohol in India: the state of play

Global drinks groups including the likes of Diageo and Pernod Ricard are targeting the Indian market, but how is the country’s complex regulatory system and alcohol pricing impacting performance? 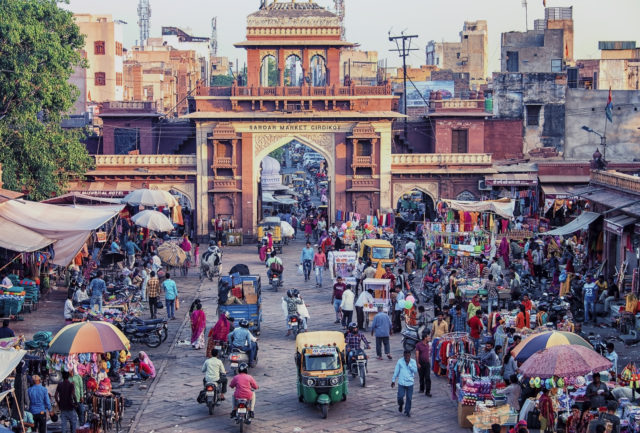 Asia is playing an ever growing role in the fortunes of the global spirits groups. Pernod Ricard underlines this by designating China and India “must win” markets.

The expanding economies, the rapidly growing middle classes and the fast swelling populations of drinking age provide an economic backdrop that no-one can ignore. In its latest full financial year Pernod Ricard’s sales to China grew by 21% and by 20% in India. Diageo also returned very buoyant figures.

India is now vying with China to be Pernod Ricard’s second largest market while the sub-Continent provides almost 10% of Diageo’s annual revenues and some 60% of its growth in volumes.

According to the Wall Street Journal the average Indian drank 38% more alcohol in 2017 than in 2010, one of the steepest rises in the world. But the corollary to that is that deaths and alcohol related diseases rose by 12% and 9% respectively in the same period, adding weight to the burgeoning prohibition lobby.

The thorniest problem is that the vast bulk of sales are at the commodity end of the price spectrum. For all the confidence shown by the likes of Diageo and Pernod Ricard, premiumisation of these markets is going to be a long process.

Pernod Ricard made the first significant play in India back in 2001 when it bought Seagram’s Indian assets. That strong initial foothold means that the French group now holds more than 40% of the market for imported spirits.

In response Diageo bought United Spirits for $3.2 billion in 2013/14 and has the largest share of the overall spirits market and is driving hard to catch up the initial lead built up in the scotch whisky sector by Pernod’s Chivas Bros arm.

Pernod Ricard is building a distillery in China while Diageo holds a controlling stake In Sichuan Shuijingfang, the key Baiju producer. Both investments are intended to drive further inroads to these key Asian markets.

But both India and China are very complex markets for the global giants and progress will never be smooth. China has only just come out of the “gifting austerity” period imposed by Bejing to counter corruption and will always be subject to potential state diktat.

In India complex tax arrangements and growing anti-alcohol pressures on state legislatures throw up detours on the road to market expansion. Alcohol advertising is banned (but is being countered by ever greater use of social media) and imports are hit by a 150% value tariff.

The entire Indian market was thrown into confusion in 2017 when the Supreme Court banned alcohol sales within 500 metres of major roads in a bid to reduce road accidents. That skewed the market badly as wholesalers and retailers readjusted to the new conditions.

And since last year individual states are able to swell their tax revenues through their own direct taxes and licences on alcohol.

One report suggests that Diageo now needs 200,000 permits annually just to operate across the country.

But the International Spirits and Wines Association of India is fighting hard against unwarranted regulation. It is even helping individual states frame legislation to maximise their returns.

So in Karnataka lower taxes generated a 30% rise in sales of Johnnie Walker Black label and volumes soared by more than 60% with the resultant boost to the state government in Bangalore. In an even starker example, volumes of Pernod Ricard’s Chivas range more than tripled when taxes were cut by 28%.