5 low and no-alcohol drinks trends to watch in 2020

The Lo & No Beverage Summit took place in London this week, which showed that drinks brands are keen to experiment with new ideas and products to attract sober-curious consumers.

Innovation managers from companies like Bacardi and Pernod Ricard joined startup-founders and hospitality bosses at the two-day event to hear the latest trends in low ABV drinks, network and, more importantly, find ideas for their next product launch.

We attended the summit on Tuesday to hear speakers from across the drinks industry share their own experiences, and find out how alcohol brands are adapting to cater to a new breed of consumer who drinks less.

While it still makes up less than 5% of the total beer market, alcohol-free ad low ABV suds were the first types of lo-no products to win over consumers. More than half of Brits who took part in a OnePoll survey last year said they have at least tried a non-alcoholic beverage, while 52% also said non-alcoholic beers have become more socially acceptable in the past two years.

Rob Fink, the founder of Big Drop Brewing Co, said that the growth of the craft beer sector over the past decade has helped to make his brand successful after launching in 2016, and now he thinks that growth could be replicated without the ABV content.

“Three years ago we were the only people doing it”, he said. Big Drop launched in 2017, becoming the UK’s first independent brewer focusing exclusively on low ABV beer. In the summer of 2018, sales of alcohol-free beer rose 58% compared to the same period last year, according to Kantar data, while sales of beer with an ABV below 2.8% have risen 381% since 2017.

“Those stats show we have a lot of growth.”

Now that the category is getting a lot bigger, companies are being more specific with their brand identities, with Asahi launching a super-premium, alcohol-free version of Peroni this year.

Paul Thomas, the global head of insight for Japanese drinks giant Asahi, said there “is a gap for a super premium offering”, and we can expect to see low alcohol beers for every occasion where you would normally opt for your go-to brew, and could even be adopted by bartenders as a cocktail ingredient.

He said that beer is “very versatile.”

“It can offer a richness of mouthfeel to cocktails and I think we could see things like beer mocktails in the future.” 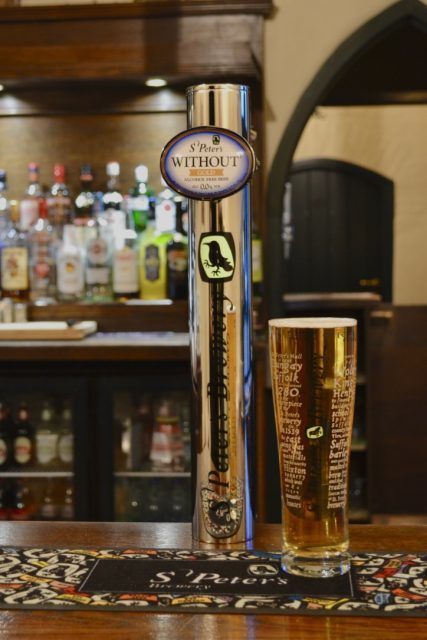 But one of the major battlegrounds for non-alcoholic beer brands is still the off-trade, particularly pubs, which Fink said “have been slow to respond” to consumer demand. One way this could change is seeing more brands selling their beer in draught format.

“Draught will be absolutely key for us,” Fink said, adding that Big Drop’s 0.5% Citra IPA is already available on draught at UK chain Brewhouse & Kitchen.

“You can’t do alcohol free in cask, as the alcohol itself acts as a preservative for the drink, it’s a live product,” the founder said, “but there is nothing stopping you from going in keg.” 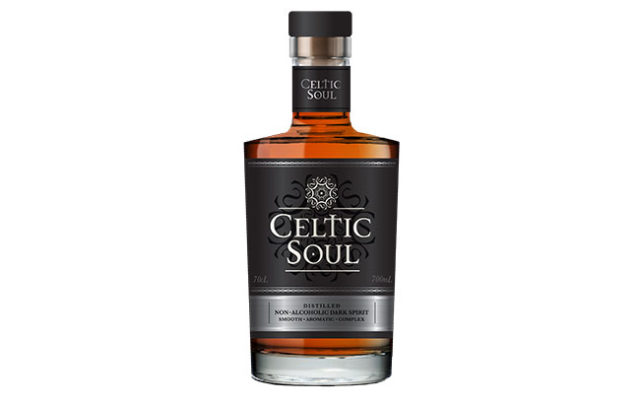 Pernod Ricard waded further into the low- and no-ABV drinks territory with the launch of an alcohol-free ‘dark spirit’ in June this year,. With a flavour of “sweet vanilla, spices and oak”, it has all the cues of a whisk(e)y.

There was a huge level of interest in dark ‘spirits’ at the summit this week, according to Martyn Warner, technical manager at Omega, a fragrances and aroma company that supplies ingredients to brands such as Seedlip.

One of the products Omega showcased at the summit was a ready-made “dark spirit and cola” drink, which tasted fairly similar to a whiskey and coke. “We just did this to show people what we can do and how our products work on a practical level.”

Warner said that this year “we’ve been getting a lot of interest from companies around making whiskey-type drinks.”

A number of booze-free alternatives to rum and whiskey have already entered the market, including Stryyk’s Not Rum, made by the founder of Funkin Cocktails.

Craig Hutchison, the founder of non-alcoholic gin alternative Ceder’s, also revealed he is working with Pernod Ricard on a new ‘spirit’ that is inspired by rum.

Dark beer is also having a moment in the low ABV space.

“I don’t actually like lager,” Fink said at the summit, “my preferred beer is a stout.” Big Drop’s stout recently won Best in Show at the Stockholm Beer & Spirits Show. Irish brewer Guinness, meanwhile, has launched a limited edition “ultra-low ABV stout” to coincide with its sponsorship of the Rugby World Cup in Japan. Expect to see more sober takes on traditional beer styles next year.

As Fink mentioned, it has been hard to get the on-trade to take notice of low alcohol drinks, but things are changing.

Real Kombucha, launched in 2017, is now stocked on 60 Michelin-starred restaurants including east London’s The Clove Club, while it is also served as an aperitif at l’Enclume.

“The word “kombucha” may be misleading, but most of the top sommeliers, including the Fat Duck, La Gavroche, Clove Club, Nathan Outlaw, Tom Kerridge, recommend our unflavoured ferments, brewed from high-end loose-leaf teas, as a non-alcoholic “flight”, mainly because very few other non-alc drinks can be paired successfully with food,” Jon Wilks, head of growth at Real Kombucha, told the drinks business.

In fact, the majority of the first day of the conference was taken up by brands pursuing on-trade listings and discussing how to pair this new breed of low ABV drinks with food.

Speaking at the conference, Claire Warner, the founder of non-alcoholic drinks brand Æcorn Aperitifs, even suggested trade bodies such as the Wine and Spirit Education Trust (WSET) should revise their course curriculums to include information on alternatives to wine and spirits.

“I wouldn’t quite say we’re lobbying them,” she said, “but we are encouraging the WSET to include a section on non-alc.”

Alcohol brands are not allowed to make claims about supposed health benefits, but it’s a different story for something with 0% ABV. Some companies have started to produce tinned cocktails, beers, and wines with added botanicals as well as CBD; the non-psychoactive component of the cannabis plant which is often sold as a supplement in health food stores such as Holland and Barrett.

Camille Vidal left her role as liqueur St Germain’s brand ambassador to launch healthy lifestyle agency La Maison Wellness this year, and is also an ambassador for OTO, a brand of ultra-premium cocktail bitters containing a high dosage of CBD.

Hutchison said, as well as a dark rum-like spirit, the brand is also working on a CBD-infused product it hopes to introduce next year.

Paul Thompson of Asahi said: “We’re now talking about beers that are isotonic, or made with chamomile. we’re adding things to it with perceived benefits to overcome the fact that you’re removing alcohol.”