MPs call for duty relief for small vineyards in the UK

Several MPs have now voiced their support for a ‘British small vineyard relief’ scheme, which aims to freeze or lower duties on small vineyards. 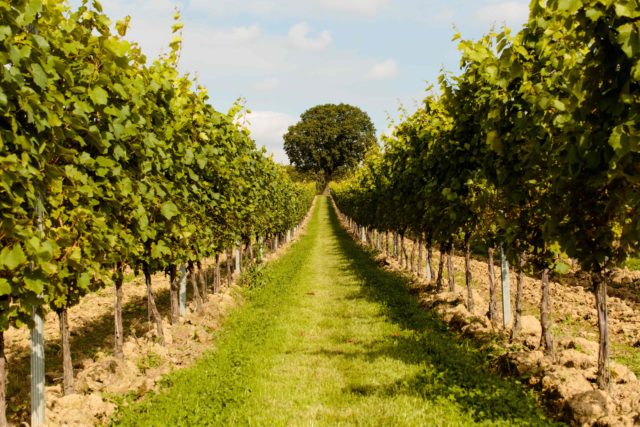 David Warburton, MP for Somerton and Frome; Isle of Wight MP Bob Seely; Thirsk and Malton MP Kevin Hollinrake; and Ludlow MP Philip Dunne are among those that have voiced their support.

Launched by Kevin Hollinrake MP, the scheme is said to be modelled on small breweries relief (SBR) which is already in place. Hollinrake has written to Chief Secretary of Treasury, Rt Hon. Rishi Sunak MP, calling for the reduction or lowering of duties on small vineyards in order to offer them “a substantial fiscal boost”.

The plan is for either the existing scheme for breweries to be extended to vineyards, or for another system to be introduced. There are as yet no guidelines to determine what a ‘small vineyard’ would be defined as.

Isle of Wight MP Seely said: “Local vineyards are more than just producers of excellent wine, they are tourist attractions and employers who make a significant contribution to the Island’s economy.

“We are fortunate enough to have good growing conditions here on the Island – we need to add to that some practical support as well.”

Warburton, MP for Somerton and Frome, added: “I’m told the Somerton and Frome constituency has more vineyards than any other constituency but one in the country.  So we’re lucky enough to be surrounded by these fabulous growth businesses making the best of our gorgeous countryside. But their taxes remain very high.

“The enormous variety of ales and beers in pubs and bars across the country is testament to the changes made at a fiscal level. Now I believe this is the right time to also show our support for British vineyards by extending relief to vignerons and vintners so that they can similarly benefit from the boost which has helped Somerset’s cider and beer producers. I want the Treasury to act for us now!”

Dunn, MP for Ludlow, said: “I want to ensure that small vineyards in south Shropshire and across the UK can take full advantage of the growing interest in British wine and are not hampered by increasing tax rates.”

Small Brewery Relief was implemented in 2002 provides a 50% discount on beer duty to brewers producing under 5,000 hectolitres, with a tapered relief structure for volumes up to 60,000 hectolitres.

The scheme is not without its critics, with SIBA and splinter group Small Brewers Duty Reform Coalition (SBDRC) both calling for reforms to the current system. One of SBDRC’s principle arguments is that the tax relief scheme curtails growth in order to retain the relief advantage.

Wine Drinkers UK, describing itself as “a collection of wine lovers, makers and sellers”, launched the Cut Back Wine Tax campaign in August calling for a reduction in wine duty in the next Budget.