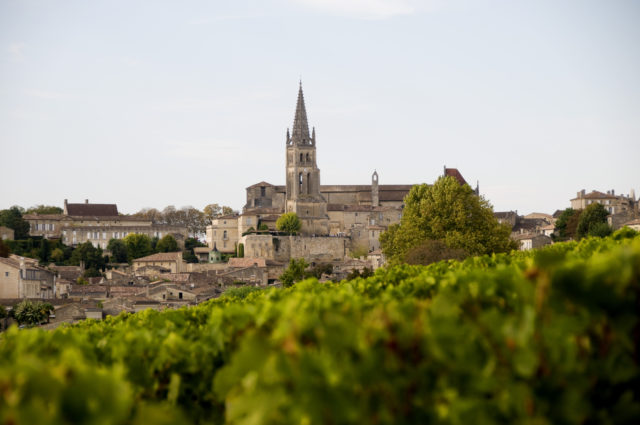 The property was bought in 2013 by Andrey Filatov – who is a Russia-based wine and art lover, champion chess player and billionaire entrepreneur – who selected the estate due to his great love of Right Bank Bordeaux, and the property’s prime position – it counts, among others, Châteaux Figeac and Cheval Blanc as its neighbours.

Château La Grâce Dieu Des Prieurs has undergone a rapid restoration and expansion since the acquisition by Filatov, who immediately appointed Louis Mitjavile to head up the vineyard and cellar management.

Filatov chose Louis Mitjaville, because he is the son of François Mitjavile, the highly-respected owner and winemaker at Saint-Émilion’s Château Tertre Roteboeuf, which produces wines that Filatov particularly rates.

Notably, among the 9ha at La Grâce Dieu Des Prieurs, Filatov identified a one-hectare plot for making a white wine from the estate, and, flouting convention – and the rules of the appellation – has planted Chardonnay with the single aim to make a great barrel-fermented white wine to rival the grands crus of Bourgogne.

The Chardonnay was planted in 2014, when 75% of the plot was barren land, and the other 25% Merlot, which was grafted over to the white grape.

Although the property, which is managed by Laurent Prosperi, has released a Chardonnay from last year’s harvest, the wine has been made on an experimental basis, with Louis Mitjaville trying different approaches in the cellar, such as full, partial or no malolactic conversions.

One thing that is clear, however, is that the white wine will be aged in 100% new barriques, using a Radoux blend of staves specially selected by François Mitjavile, who has exclusivity on a barrel type using the tightest grained oak available from the cooper.

Speaking about the project, Prosperi told the drinks business at Vinexpo Bordeaux yesterday, “We want to make a Chardonnay Bordelaise: a wine that is rich and complex and fruity but with a touch of acidity on the finish, so it is pleasant and fresh.”

Continuing he confirmed that the “launch vintage” will be from the 2019 harvest, and, when asked about the price, he said that due to French wine laws the Chardonnay would carry the lowest quality classification, but would be positioned at the top of the country’s white wine hierarchy.

“Although the wine will be a vin de france, the quality level we are aiming for is grand cru,” he stated.

He also told db that the Chardonnay will be bottled in magnums only.

You can read more about Art Russe by clicking here.