US wine critic Robert Parker has announced his formal retirement from the journal he founded 41 years ago. 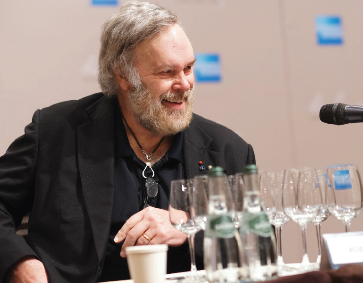 Parker’s has been stepping back from his various duties at The Wine Advocate for several years now and sold his controlling stake and stepped back as editor in 2012.

In 2011 he handed over his Burgundy and Californian tasting duties to Antonio Galloni, duties that were then passed on to Neal Martin and Jeb Dunnuck when Galloni left in 2013.

In early 2015 Parker announced that Martin would be taking on what was arguably the journal’s most important report – that of Bordeaux en primeur.

The following year Parker announced he was also ceding the Bordeaux in-bottle reports to Martin and indeed Parker’s role at the magazine was consigned to tasting notes and ‘unofficial’ (or perhaps ‘non-canon’) scores in a section of the journal dubbed The Hedonist’s Gazette.

And now that too has come to an end as the most influential critic of a generation – possibly ever – hangs up his quill for good.

Announcing the news in the latest issue of the journal, editor Lisa Perrotti-Brown MW wrote: “It is with mixed feelings that I announce that Robert M. Parker Jr. will, as of today, be formally hanging up his wine criticism boots and retiring from Robert Parker Wine Advocate.

“I say ‘mixed’, because if anyone deserves a rest from our frenetic world of wine reviews, it is Bob. And yet, his contribution to significantly raising the bar of critical, unbiased wine writing and wine quality cannot be overestimated. “His unrivalled tasting experience and expert, straight-talking opinions will be sorely missed by consumers and trade alike.”

Parker himself added: “As I retire from The Wine Advocate, I have the honour of passing the baton to our wonderful team. The time has come for myself to relinquish all editorial and board responsibilities with immediate effect.

“I raise my glass to all of you for being part of this journey and hope all will continue to share the enthusiasm for discovering wines with our dedicated reviewers.”