UK retailer Majestic Wine has rebranded its first store into a Naked Wines stores, as it prepares to restructure and rebrand the wider business as Naked Wines.

In a post shared on Linkedin by the newly appointed head of the combined Majestic and Naked UK operation, Josh Lincoln, the new Wakefield store was revealed with new branding.

A tweet from store manager Andrij Jurkiw, highlighted the new wines now being stocked in stores, and pointed out that it was launching new services for customers.

Majestic Wines has confirmed that this this is a trial and that the shop was now selling a mixtures of stock from both Majestic suppliers and also Naked Wines.

The retailer told db that at this stage, there are no more plans to transition any more stores – however it has not ruled out changing more stores to Naked Wines in future.

A spokesman said. “We will disclose full plans on the future of the stores in June, but all options remain on the table, including closures, sales and transitions.” 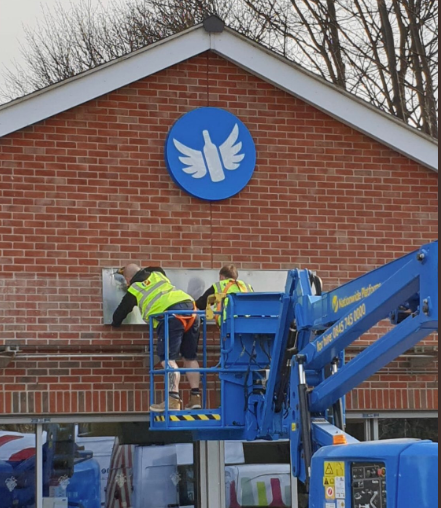 Last weeks, Sky News reported that Majestic’s board had appointed investment bank Rothschild to look for potential buyers for the company’s brand and around 200 stores, fuelling rumours that it may sell of the entire retail business, however Majestic’s chief executive officer Rowan Gormley previously told the drinks business that the Majestic name was unlikely to disappear from the high street. He said there would be two businesses at the end of the decoupling process, but it was as yet uncertain what that split would look like.

“It could be 10/90 one way, or 90/10 another way or 50/50, it doesn’t matter – but there will likely to be two businesses at the end of this, one of them is Naked, one of them is Majestic. They will still have a bunch of customers and there will still be opportunities for suppliers, and everyone else,” he said.

When the news of the sale first broke, analysts told db they believed the company would look to sell the whole of the  £264m retail division, the commercial business, which clocks sales of around £43m, and fine wine business, Lay & Wheeler.

Analyst Jonathan Pritchard of Peel Hunt told db the announcement hinted that it wanted “as clean a break as they can get”, but said it was unlikely another household name retailer would be interested.

“The trouble is everyone wants the same dozen or 20 stores, but are less keen on the other 180,” he told db.

Buyers could step in from the private equity sector and Majestic have also confirmed that come stores could be sold for conversion to residential.

The estate currently comprises around 200 retail stores, with approximately 16 in London, a further 23 within the M25, and the rest spread out across most regions of the UK.