Berry Bros & Rudd has called off its search for a new CEO after confirming interim executive chairman Lizzy Rudd, who stepped into the top role after the surprise departure of  CEO Dan Jago in January, as the firm’s new boss. 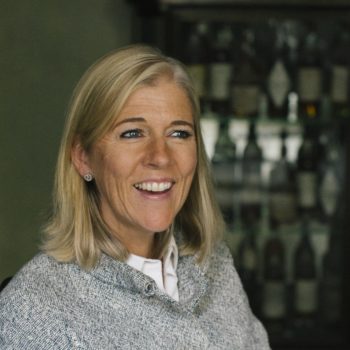 Jago, who previously headed up the Beer, Wine and Spirits department at UK multiple Tesco, departed the 300-year old family firm in January, just over three years after taking the helm. During his tenure, he helped turn around the business, embarking on significant operational and commercial initiatives that included the opening of a new flagship London shop, its first railway concession store, and seeing turnover rise 17% to £170.5 million, on top of trebled profits.

Following Jago’s departure, it was announced Rudd would assume the role of executive chairman until a new CEO was appointed. However today the company issued a statement confirming it had called off the search for a CEO.

“Following much consideration and after discussion with members of our Executive Board and Owners Board, I can confirm we have called off our search for a new CEO and I will be remaining in the role of Executive Chairman for the foreseeable future,” Rudd said.

“With responsibility for the overall strategic direction of the business, I will be closely supported by our Board members as well as our leadership team.”

Rudd, a third-generation member of the Rudd family, is only the second woman in the company’s 300-year old history to helm the renowned fine wine merchant, after her grandmother Ethel.

Having started her career at the firm in the marketing team, where she was responsible for building the global reputation of the firm’s whisky brand Cutty Sark, Rudd stepped back from an active role to concentrate on her family, and was appointed as a Non-Executive Director. She was later appointed deputy chairman when Simon Berry took over as Chairman in 2005, and took over from Berry when he retired in December 2017.

The merchant’s website described Rudd as “central” in communicating the vision of Berry Bros. & Rudd on behalf of the Rudd and Berry families during Jago’s tenure as CEO, providing an “essential” vision in guiding the planned direction of the company and feeding into the overall strategy for Berry Bros & Rudd.