The Premiere Napa Valley auction has praised the support of its longtime bidders, which helped boost the average price of the wines, despite a smaller number of lots on offer. 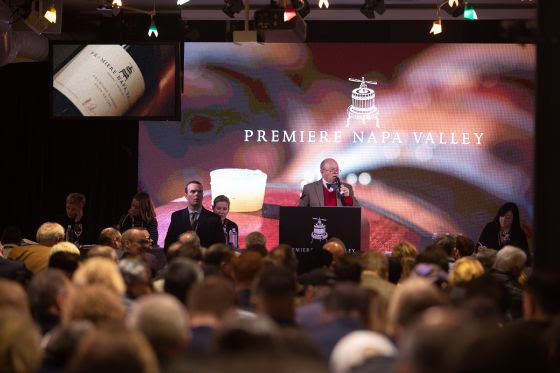 The live auction is organised annually by trade organisation Napa Valley Vintners and features a selection of wines created by NVV member winemakers, in quantities as small as 60 bottles and never more than 240. These are primarily bought by retailers and restaurant buyers to sell on to the consumer.

This year’s auction, which took place on Saturday and raised $3.7 million overall, was considerably smaller than both last year’s sale and that in 2017, with the number of lots falling by 30 lots to 187 from 217 last year and fewer bottles aimed at the $1,000 mark – but the average price of a bottle rose compared to last year in a promising sign for Napa winemakers.

“We are very grateful for the support of our longtime bidders, as well as the 14 new successful bidders that acquired Premiere Napa Valley wines for the first time today,” Linda Reiff, president and CEO of the NVV said.

“These winning bidders will be ambassadors for Napa Valley, sharing the wines with customers in new markets.”

The majority of the wines sold this year, 72%, came from the difficult 2017 vintage, which saw heavy floods in winters in Northern California followed by heat spikes across the summer and devastating wildfires in October, which affected a small amount of wines with smoke taint.

Despite the tough vintage, the wines were described as “graceful”, with Bill Hayes, wine category manager of BevMo! calling the the 2017 Cabernet Sauvignons were “full of finesse and elegance”.

“They’re charming wines that express a seamlessness and long finish that will make these wines approachable early,” he said.

Speaking to Wine-Searcher.com, Cristina Pearce, director of the fine wine portfolio for Total Wine & More said there was “concern” going into the auction about the vintage, but that prices had stayed “pretty high”.

“Consumers are still collecting their favourite wines,” she told the site. “You see the same thing in France, in different vintages there. The average consumer is not worried about it.”