Premium mixer brand Fever-Tree has announced that its total revenue for last year is expected to total £236 million, an increase of 39% on 2017. 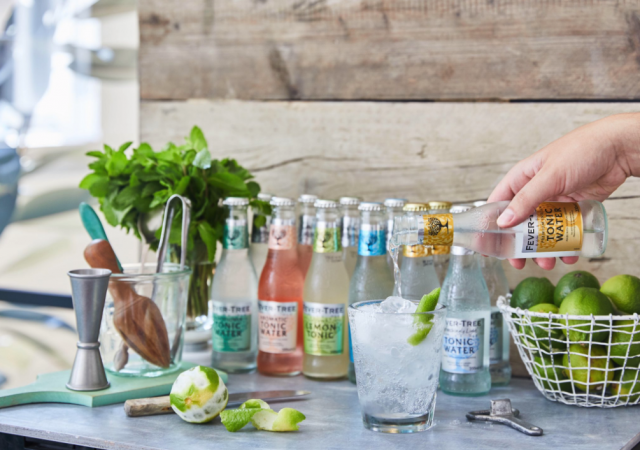 In a trading update ahead of its official results, due to be published on 26 March 2019, Fever-Tree has announced another set of record figures for 2018.

It ascribes its success to “very strong revenue growth of around 52% in the UK,” with an “outstanding summer trading period” followed by a strong performance at the end of the year.

Quoting IRI data for the UK retail mixer market value share for the 13 weeks to 31 December 2018, Fever-Tree says it has strengthened its position as the number one mixer brand by value in the UK off-trade, a position it attained in January 2018, overtaking previous market leader, Schweppes.

The brand also revealed it had made “significant operational progress” in the US, resulting in full-year revenue growth of around 21% compared to 2017. The brand signed an exclusive on-trade agreement with South Glazer’s Wine & Spirits in the second half of 2018 which it says “provides an excellent platform for further growth in 2019”.

Fever-Tree also reported revenue growth of 24% in Continental Europe in 2018 and “encouraging performance” in the rest of the world, which is expected to be up 48% on 2017.

In March last year, the brand extended its low calorie range with eight new expressions, stating that sales of its light tonic had more than doubled in the UK.

In September 2018, it teamed up with Tequila brand Patrón to release a citrus tonic water flavoured with Mexican limes, tangerines and bitter orange, which has been specifically designed to pair with Tequila.

Commenting on the update, Tim Warrillow, co-founder and CEO of Fever-Tree said: “We have seen very strong momentum across the business during 2018. The UK delivered an exceptional performance while Europe has seen positive performance resulting in growth accelerating in the second half. We are particularly encouraged by the progress to date in the USA and the strong platform for further growth this provides.

“The progress we have seen during the last 12 months means we enter 2019 very well positioned and remain optimistic about the long-term global opportunity ahead.

“Drinking habits are changing. The rise of premium spirits and the advent of premium mixers has reinvigorated and re-established the quality and enjoyment of the long-mixed drink, be it a gin & tonic, vodka & ginger beer or whiskey & ginger ale to name but a few. Fever-Tree is at the forefront of this trend, broadening the appeal of the spirits category, drawing in new consumers and with it providing a genuine alternative to the beer and wine occasion.”