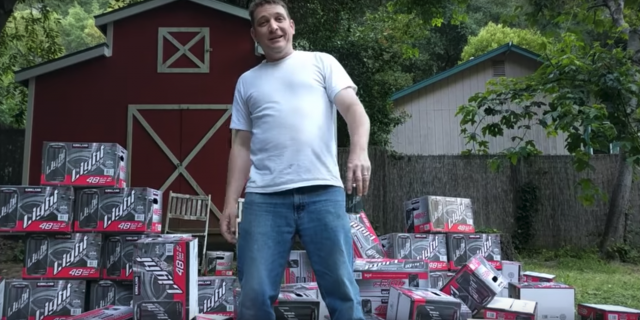 According to a report on in The Takeout on 12 December, the beer has been pulled from shelves all over the US.

Earlier this year, db reported that a video made in homage of the beer had gone viral.

Despite the cult status the beer has gained, it has been much maligned on apps such as Untappd, where the beer currently holds a rating of 2.05 out of a possible 5.00.

Another commenter, Lloyd S, also rated the beer 0.25, humorously quipping: “This app doesn’t have negative numbers for ratings. Not sure it’s any good for cooking either.”

On similar review sites RateBeer and BeerAdvocate, it hold a rating of 1.97 out of 5 and 2.51 out of 5 respectively.

Business Insider has confirmed with many Costco stores that they won’t be stocking Kirkland Light any time soon, but Costco are yet to officially confirm the rumours.