Nothing can stop the current slew of whisky records, with a bottle of 12 year-old Port Ellen ‘Queen’s Visit’ 1980 selling at auction last month for £50,000. 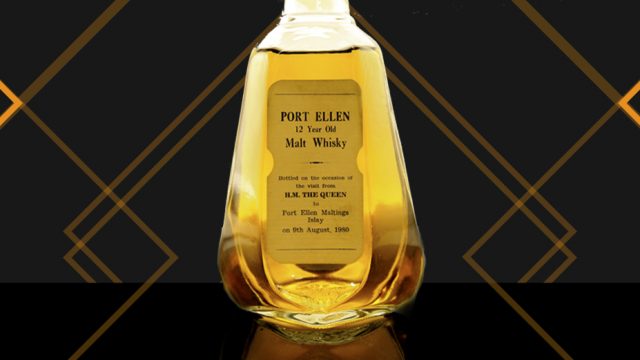 An extremely rare malt whisky from what was until recently a closed distillery, the bottling is said to be the only official bottling of Port Ellen issued while the distillery was active.

The spirit was packaged to mark a visit by Queen Elizabeth II on 9 August 1980 and while exact numbers are not known it is believed just 40 were produced for the sovereign and her senior staff present that day.

Sean McGlone, director at Whisky Auctioneer, the site that sold the bottle, said: “Port Ellen has been a ‘lost distillery’ since 1983 and its near mythical status has grown each year since then – an opportunity to acquire a bottle from this distillery is rare, but this Port Ellen Queen’s Visit is the only known official bottling while the distillery was active.

“Only a select handful of people received this bottle in honour of the Queen visiting in 1980 so from a collectability point of view, this is essentially unsurpassed. But to also have such a highly regarded spirit in terms of taste means this is truly an iconic whisky for collectors and connoisseurs alike.”

Elsewhere, a bottle of 1943 Glenlivet sold for £43,000 in Glasgow last month and a bottle of Yamazaki 50 year-old broke records in Hong Kong last month.