An appellation system for the cultivation of marijuana in California, modelled on the French AOC or American AVA systems for wine, is already in the early planning stages and could become a reality by 2021. 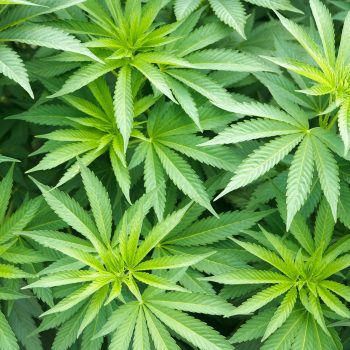 Nine states, and Washington DC, have legalised marijuana for recreational use for adults over the age of 21, while medical marijuana is legal in another 30 states.

In 2017, the legal marijuana industry was worth $9.7 billion, according to a report from Arcview Market Research and BDS Analytics, representing a 33% increase on the previous year. By 2022, Arcview expects global spending on legal cannabis to hit $32 billion.

With cannabis now entering the mainstream, calls from those that grow it to introduce an appellation system to more clearly identify varying ‘strains’ is growing.

Much like wine, specific growing conditions can impact the flavour and potency of a strain of cannabis, which growers are keen to differentiate via an “appellation of origin” designations that will protect consumers and sellers, but pave the way for a powerful new marketing strategy around the drug.

According to Forbes, state regulators have already prompted the California Department of Food and Agriculture (CDFA) to establish an appellation of origin system for cannabis cultivators no later than 1 January 2021.

Speaking to Forbes, Rebecca Forée, a representative for CalCannabis Cultivation Licensing (a division of the CDFA responsible for regulating commercial cannabis in California), said the team was already in the early planning stages.

“We are in the process of developing a framework for the CalCannabis Appellations Project that will allow licensed cannabis cultivators in California to petition CDFA for the establishment of an appellation,” she said.

Keen to get a grasp on rapid growth of the cannabis industry, several drinks companies have already invested heavily in cannabis companies.

This month, Constellation Brands, the owner of Corona, Kim Crawford Wines and Ballast Point, confirmed it was to increase its stake in Canadian cannabis company Canopy Growth by an additional US$4 billion to acquire a 38% share of the business. The company acquired its initial stake in October last year for £141 million (US$179m).

Last month, a team of Canadian scientists announced that they were attempting to make a beer brewed with the “stalks, stem and roots of the cannabis plant”.

In May, the Canadian branch of distributor Southern Glazer’s Wine and Spirits created an off-shoot dedicated to cannabis products. It hatched a deal with marijuana producer Aphria to distribute its products across Canada when the drug is officially legalised later this year.