While protesters march on the US embassy to protest president Donald Trump’s visit to the UK this week, a pub landlord in west London has gone against the grain and renamed his boozer the Trump Arms in celebration. 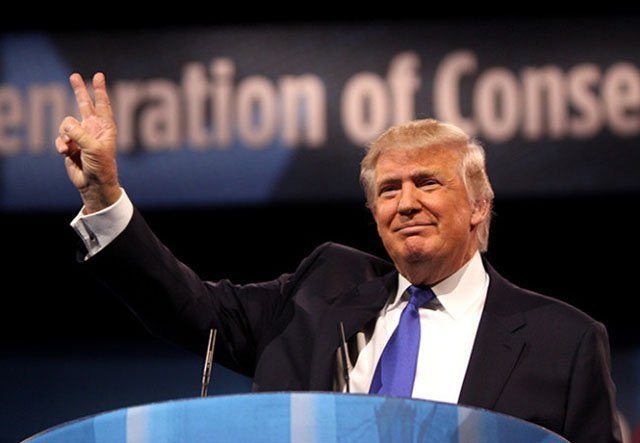 The Jameson pub, in Hammersmith, has received a barrage of negative reviews on its Facebook page after it emerged that the pub would change its name and throw a welcome party on Tuesday for the presidential visit.

Damien Smyth, the pub’s landlord, told the Evening Standard that he wanted to show Trump that, despite widespread protests and a giant Trump baby balloon flying over the Houses of Commons, he has support in the capital.

The pub describes itself as a “traditional” British establishment on Tripadvisor serving a menu of steak and Thai dishes.

The event is being organised by Patrick Sullivan, the chief executive of the Parliament Street think tank who in the past has helped run political campaigns for both the UK Conservative and US Republican parties.

“There are many Trump supporters around here who will be happy to see it,” he said. “I was talking to regulars who are looking forward to the visit and I said ‘Let’s set up The Trump Arms while he is here’.”

Since the interview, people have taken to social media to voice their outrage, leaving one-star reviews on The Jameson’s Facebook page.

“I’ll never set foot in this pub again,” said one reviewer, who goes by the name Rose Garden, who added the place “stinks of p*ss”.

the drinks business understands that Gawain Towler, UKIP’s former PR boss, has offered advice to the pub’s landlord in the run-up to the event.

“This is one of the finest pubs in London,” said Helen Mills. “please ignore those bad reviews it is untrue!”

The Jameson did not immediately respond to a request for comment.