As the UK’s interest in low and no ABV drinks grows, one of the UK’s biggest beer festivals will sell alcohol-free brews for the first time this summer. 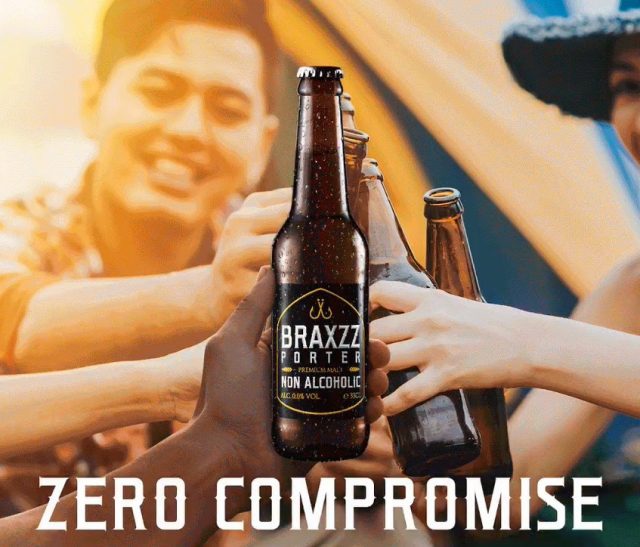 The Great British Beer Festival will be offering an alcohol-free beer range for the very first time from Dutch brand Braxzz.

This will be the first year that a non-alcoholic beer range will be available at the festival, which has been running since 1977.

Catherine Tonry, the festival’s organiser, said that the non-alcoholic category has expanded rapidly in the past two years, resulting in “fantastic innovations in the sector and a much wider range of styles and flavours than ever before.”

“Alcohol-free beer has become increasingly important in recent years,” she said, “and thankfully brewers have been keeping pace with consumer demands.”

“We are thrilled to provide an alcohol-free alternative to festival-goers who cannot, or choose not to drink.”

A recent newcomer to Europe’s craft beer market this year, Braxzz currently sells both low and no-ABV beers, including a low-alcohol Session IPA and amber ale, both with 0.2% ABVs, and a non-alcoholic porter.

Visitors will have the chance to sample the brewer’s core range throughout the festival week.

Global alcohol consumption has been in decline for some years now, leading a a number of supermarkets and retailers have boosted their non-alcoholic offerings in the drinks aisles.

Retailers such as Tesco, Lidl, Aldi and Marks & Spencer have all launched their own low alcohol wine range, while brewing giants Heineken, AB InBev and Carlsberg have been developing their non-alcohol offerings.

Braxzz’s James Leary said that he hopes his team’s presence will “give another option to anybody who will not be drinking but still want to taste craft ale.”

“Our range is set to improve and expand over the coming months and I look forward to being able to offer this category to visitors throughout the week.”