Beavertown partners with Spurs as rumours build about deal with Heineken

London craft brewery Beavertown is installing a microbrewery and taproom at Tottenham Hotspur’s new stadium, as rumours build that it is in talks with brewing giant Heineken – Spurs’ official beer partner. 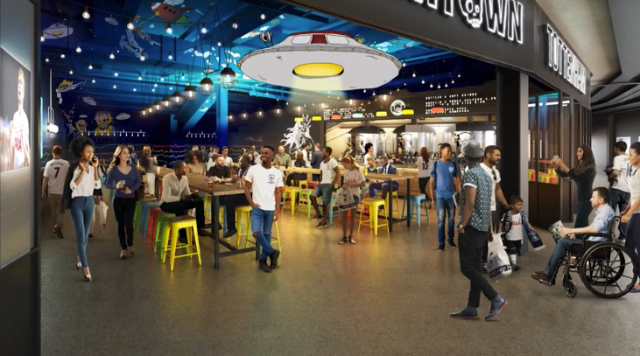 Beavertown announced its plans yesterday (30 May) after 18 months of planning. It is installing a brew kit in the new Spurs stadium with the aim of establishing a microbrewery and taproom, which both parties claim is a “Premier League first”.

Based in the south east corner of the stadium alongside The Market Place, the microbrewery will produce Beavertown flagship brew Neck Oil and other core beers as well as a collaborative Spurs beer.

The Beavertown taproom will be open to fans during all domestic home fixtures. In a statement, the brewery said the opportunity was “too good to be true” and that it would be brewing on site “on a daily basis”.

While Beavertown is Spurs’ official craft beer supplier, brewing giant Heineken has recently been named as the team’s official beer partner for the 2018-19 season. Whether that will mean the Beavertown will have to give a percentage of its profits to the Dutch company remains unclear, but the news is bolstering rumours reported in The Times that the two breweries are in talks over a possible deal.

The Times, citing reports published in Mergermarket, stated that Beavertown is in talks with Heineken over a possible sale of a minority stake in the business. According to Mergermarket, the deal is purported to be similar to Heineken’s investment in south London brewery Brixton, which saw it take a 49% stake in the business to fund a move to a larger site. Despite the investment, it is alleged that Beavertown, like Brixton, would continue to operate independently. Neither party is willing to comment on the reports. 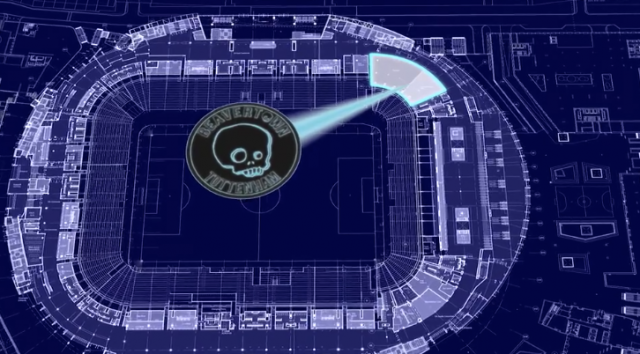 What has been confirmed, however, is Beavertown’s decision to brew two of its flagship beers at a family-owned brewery in Belgium as it works to satisfy demand ahead of the creation of a larger facility in London, which is expected to open in summer 2019. So-called Beaverworld, described as “a large-scale production facility and visitor experience,” will help the brewer to satisfy its increasing number of contracts, having recently gained its first supermarket listing with Waitrose.

The move was also prompted by the fact that Beavertown has already outgrown its Tottenham Hale site, having transferred some of its production to fellow London brewery Redchurch.

Commenting on the partnership with Tottenham Hotspur, founder of Beavertown, Logan Plant said: “The opportunity to work with Tottenham Hotspur to deliver the Premier League’s first microbrewery is something of which we are immensely proud. The ability to brew on site and serve our beer just metres from where it is brewed is super exciting. We aim to stimulate the Spurs fan and take them on a Beavertown journey, serving a range of different beers from our core line-up and specials as well as showcasing our Spurs x Beavertown collaboration beer and our Neck Oil Session IPA throughout the stadium.

“The ambition the club has for its new stadium is mind-blowing and we are thrilled to play a part in helping them deliver their vision of an unparalleled stadium experience. The partnership with Spurs offers us an amazing opportunity to get our beers in to the hands of a new audience, the thirsty football fan masses, which in turn gives us the ability to grow our Beavertown fanbase and aligns perfectly with our mantra of getting great beer on to every street corner.” 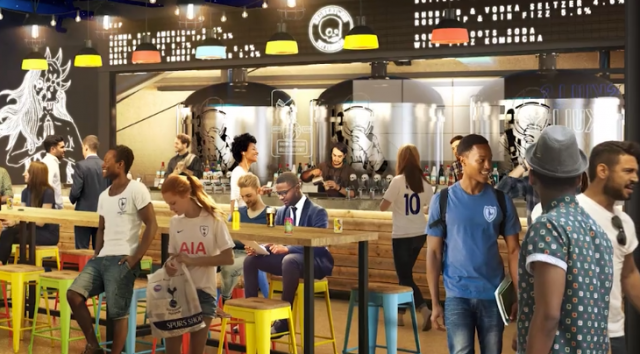 Director of operations at Tottenham Hotspur, Matthew Collecott, added: “We are passionate about our community and have an excellent track record of working with local people and businesses, so to have the opportunity to work with an organisation such as Beavertown, who are headquartered less than two miles away from our stadium, makes this relationship extra special. This is yet another example of how the stadium development is supporting local business, while the unique concept of a microbrewery and taproom inside a football stadium encapsulates our desire to innovate at our new home as part of our ambition to offer all our guests a unique match day experience”.